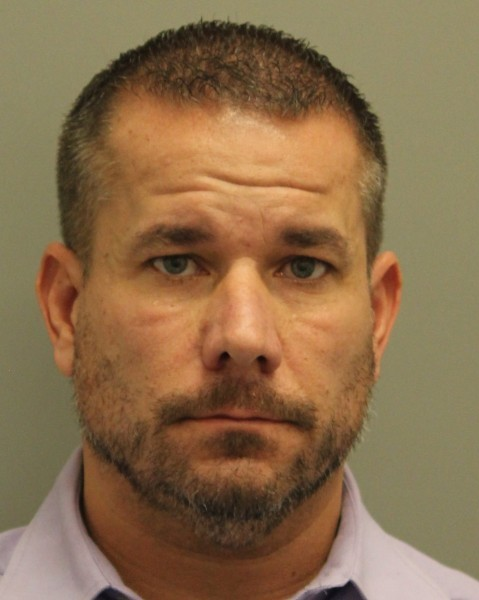 Felton – The Delaware State Police have arrested a Magnolia man after it was determined he placed a tracking device on an ex-girlfriend’s vehicle.

The investigation began on Tuesday November 9, 2021 after a female victim walked into Troop 3 in Camden to report that a GPS device had fallen off her vehicle in the parking lot of a business in Harrington. The victim was concerned it was an ex-boyfriend, who was identified as Brian C. Talley, 48 of Magnolia, that was tracking her. The victim turned over the device to troopers and a criminal investigation ensued by detectives.

Through the investigation it was determined that on October 3, 2021, Talley drove by the victim’s residence while she had a male visitor at her house and later contacted her about his visit. This was shortly after their relationship ended. Another incident occurred on October 10, 2021 when the victim observed a vehicle with its high beams on drive slowly by the her residence. The victim was able to identify the vehicle as one of which Talley would be driving due to the make of the vehicle and license plate. Finally, detectives were able to identify Talley as the owner of the GPS tracking device after a subpoena was obtained by the Department of Justice and sent to the company that sells the devices. It was confirmed the tracking device was purchased on October 2, 2021 and registered to Brian Talley.

On Thursday December 16, 2021, Talley turned himself into detectives at Troop 3 and was charged with Stalking (Felony) and Violation of Privacy (Misdemeanor). He was arraigned at JP2 and released after posting $1,500.00 secured bond. He was also ordered to have no contact with the victim.

If you or someone you know is a victim or witness of crime or have lost a loved one to a sudden death and are in need of assistance, the Delaware State Police Victim Services Unit/Delaware Victim Center is available to offer you support and resources 24 hours a day through a toll free hotline 1800 VICTIM-1. (1-800-842-8461). You may also email the Victim Services Unit at DSP_VictimServicesMail@delaware.gov.