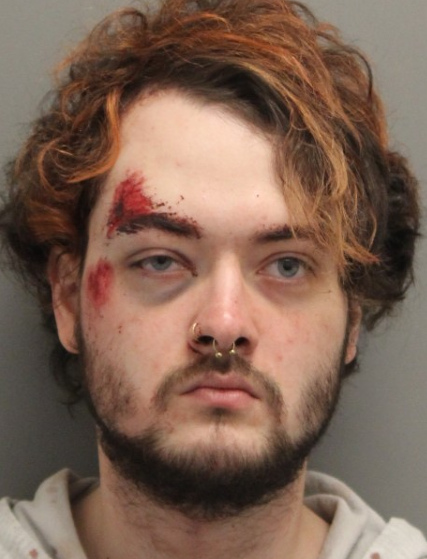 On August 29, 2021, at approximately 10:01 p.m., troopers were dispatched to Bay Road (SR 1) in the area of Exit 91 (Kitts Hummock Road) for reports of a red Ford Ranger traveling northbound in the southbound lanes on Bay Road. A trooper operating a fully marked police car in the area located the vehicle traveling the wrong way on the southbound side of Bay Road and attempted to stop the vehicle. The vehicle failed to stop and continued traveling in the wrong direction for several minutes before Stop Sticks were successfully deployed by assisting troopers. The vehicle continued traveling on SR 1 until troopers were able to successfully slow and stop the vehicle by surrounding it. The occupant and sole operator of the vehicle, Kenneth Barlow, was contacted and a strong odor of alcohol was detected. A DUI investigation ensued and Barlow was found to be driving under the influence of alcohol. He was transported by ambulance to an area hospital where he was medically cleared before being transported to Troop 3 and charged with the following crimes:

Barlow was arraigned in the Justice of the Peace Court #7 and committed to Sussex Correctional Institution on a $2,400.00 secured bond.