Dover, DE – On Thursday, July 1, 2021, the Delaware State Police held a ceremony to induct the newly selected Honorary Commanders for 2021.  This prestigious event led by our Superintendent, Colonel Melissa Zebley, took place at the Delaware State Police Museum located at 1425 North DuPont Highway, Dover, DE.  Colonel Zebley and Secretary of the Department of Safety & Homeland Security Nathaniel McQueen Jr. spoke at the event and helped recognize the importance of the ceremony. 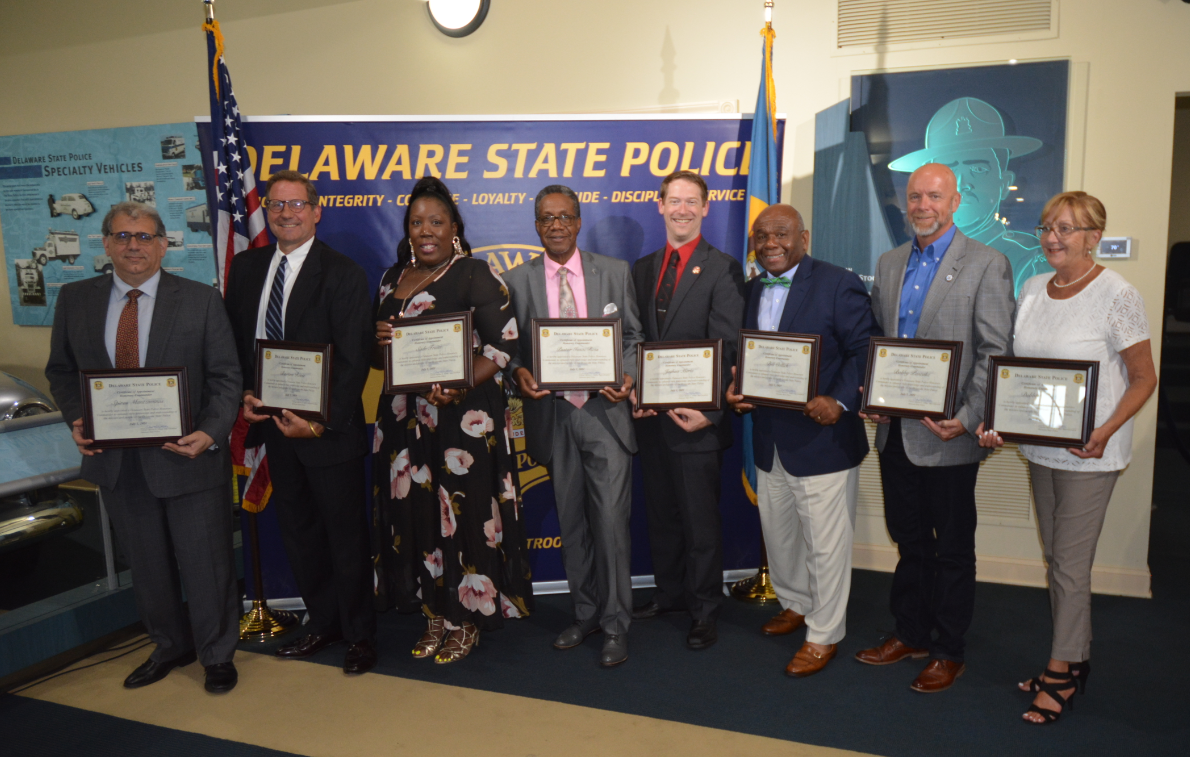 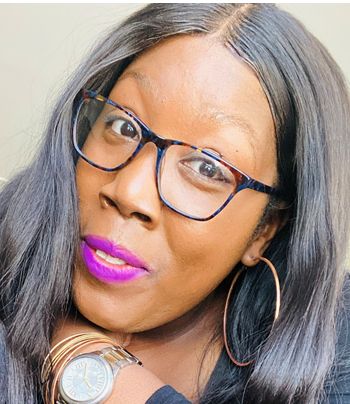 As a 2020 James H. Gilliam Fellow, she devolved policy and advocacy around economic empowerment and equality for women. She is active with The National Coalition of 100 Black Women DE Chapter, Network Delaware, Metropolitan Wilmington Urban League, Delaware Adolescent Program INC, and Build Her Brave. In her leisure time, she enjoys the beach, time with her family, and serving in her church, United Church DE.

Ms. Truitt graduated from the Caesar Rodney School District and currently lives in Dover. She is a graduate of Delaware State University with a BA in English and a minor in Psychology and holds an M.S. from Wilmington University in Public Administration. 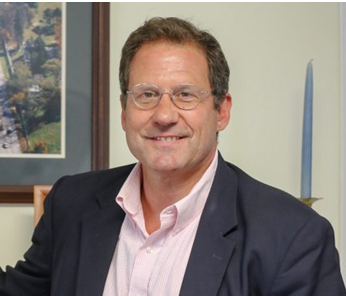 Dr. Barton Reese is the Head of School at Centreville Layton School. He has 35 years of experience in independent school education in a variety of capacities.  He has extensive experience providing direct student services (teaching, advising, and coaching) and educational management and administration (business, marketing, admissions, and development).
Dr. Reese grew up in Delaware and attended The Tatnall School from Kindergarten – Twelfth grade. He earned a B.S. in Education from Ursinus College, an M.S.M. from Wilmington College and an Ed. D. Wilmington University.
Dr. Reese co-founded the Layton Preparatory School in 2004 with friend and colleague Ms. Patricia McLaughlin and in 2014 oversaw the merger of Centreville School and Layton Preparatory School which created Centreville Layton School the only independent Pre K – Post Graduate program in the state of Delaware serving students with learning difficulties. 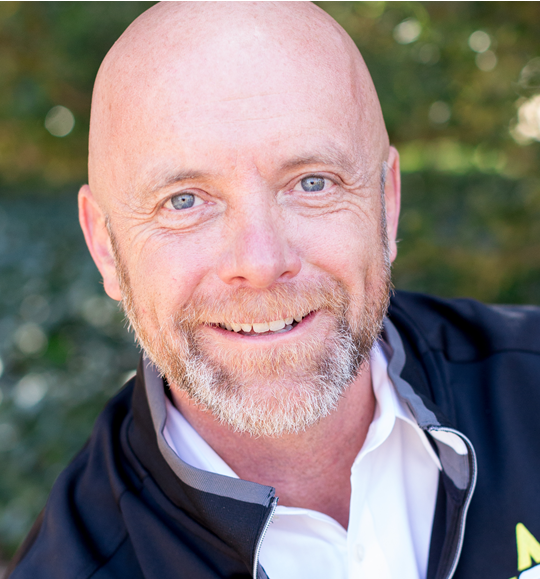 After twenty-one years in the restaurant industry, working for companies like Kentucky Fried Chicken, Kenny Rogers Roasters and Buffalo Wild Wings, Inc., Mr. Bobby Pancake moved to Delaware to become a Buffalo Wild Wings (BWW) franchisee and retry his hand as an entrepreneur. Since opening the first restaurant in 2004, High 5 Hospitality has expanded to over 555 employees, and operates eight BWW locations in Delaware & Maryland. They also operate two independent restaurants, The Stone Balloon and Limestone BBQ & Bourbon. In 2019, H5H became an international franchisee of a breakfast concept called Eggspectation with a June opening in Christiana, DE. H5H continues to vet out partnerships and additional franchise and independent brands for future expansion.

Mr. Pancake serves on the Board of Directors for The Delaware Restaurant Association (Chairman–2014-2015) and Franchise Business Services (FBS). He is chair of the Culinary Advisory Committee for the Delaware Department of Corrections. He serves on the Buffalo Wild Wings Franchise Advisory Council (BWWFAC), participating in two subcommittees (Fixed Assets and Restaurant Operations/Execution). He is a Civic Leader with for USAF Air Mobility Command.

Mr. Pancake and his wife Heather reside in Bear, DE. They have two sons in college and a daughter that is a senior at Red Lion Christian Academy. Bobby’s oldest son, Levi, is a Pastor in Syracuse, NY. He and his wife Julie are the proud parents of two children, Sophia and Judah.

Mr.David Schell has been a resident of Delaware for 4 years.  He moved from New Jersey when he met his wife Sarah. He has two beautiful step daughters Alyssa (15 years old) and Gabriella (12 years old).  They have recently added a wonderful baby boy, Roman Alexander, who is 7 months to their family.

Mr.Schell grew up working in the restaurant industry and has been blessed to turn a passion for delivering a great guest experience and for developing people into a career. He spent nearly 15 years of his life with TGI Fridays and a few other Corporate Concepts and has since found his true forever home with Lavida Hospitality Group. He is currently the Director of Operations in the Northeast for The Crooked Hammock Brewery.

He is personally overjoyed at the opportunity to represent the business as the Honorary Commander for Troop2 and look forward to partnering with Delaware State Police. 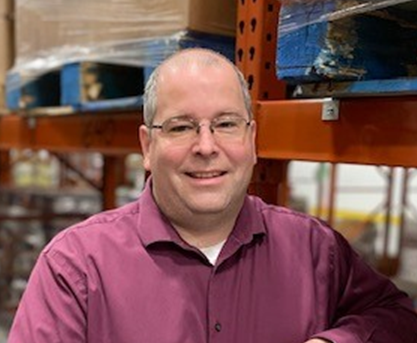 Mr. Chad Robinson is a lifelong Delawarean, having grown up in southern Kent County and attending Woodbridge High School.  He is currently the Community Relations Director at the Food Bank of Delaware.  He received a B.A. in Political Science from Wesley College and a Master of Public Administration from Wilmington University.  Before joining the Food Bank of Delaware, Chad was the Legislative Liaison for Lieutenant Governor Matthew Denn of Delaware.  In this role, Chad was responsible for the developing the legislative agenda for the Lieutenant Governor and overseeing interactions with the General Assembly.  Previously, Chad worked in various levels of higher education, as well as with the United States Senate.  In his role at the Food Bank of Delaware, Chad is responsible for overseeing the advocacy and public policy of the organization, as well as serving the Coalition to End Hunger and a lived experience council, H.E.L.P. (Honoring Experience, Launching Possibilities). 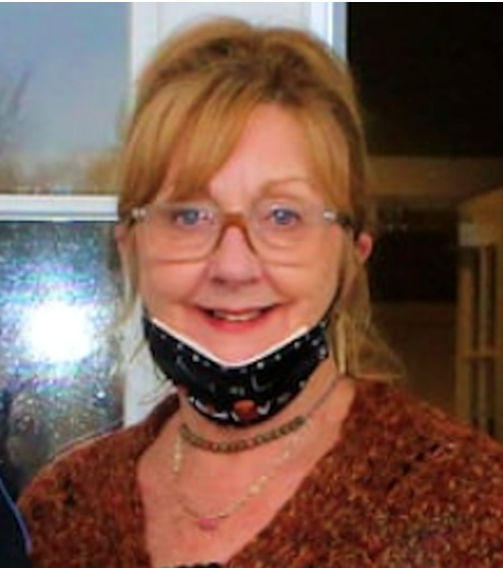 Ms. Debbie Y. Botchie is currently the Town Manager for the Town of Millville and in 2016, she was awarded “Town Manager” of the year for the State of Delaware. In April, she had 15 years of employment with the Town. Prior to working for the Town of Millville, Ms. Botchie worked for a local bank for approximately 21 years before entering a career she dreamed of, or though she thought! She worked for a local law firm for 7 years; however, she had to take a sabbatical to care for her ill mother. In the 15 years working for the Town, Ms. Botchie has seen growth from 282 full-time residents to 1,700 full-time residents; a huge amount of commercial growth, 2 expansions on the Town Hall, and the construction of the Town’s first park/playground and community center. Ms. Botchie also is the “Planning Department” and works very closely with the Town’s Engineer and Town Solicitor on multiple Planned Communities. She often states, “working as a public servant has been the most rewarding career I’ve ever had”. It has always been Ms. Botchie’s goal to spend taxpayers’ monies wisely, invest and save their monies for the future, which she has succeeded in this plan as the Town is fiscally sound with no debt. She was also instrumental in contracting patrols with the Delaware State Police as the Town does not have their own police department. She went from 8 hours per week to the now 40 hours per week of patrol. Ms. Botchie along with several other Millville Volunteers raised monies for Camp Barnes as well as working at the camp to get prepped for the many children who stay at the camp. She has a lust for life and surrounds herself with positive people. Ms. Botchie is a “homegrown” Sussex Countian and graduated from the Indian River High School in 1973. She gets her inspiration from parents, lifepartner Johnny, her 3 sons and daughters-in-law, her Australian Shepherd Zelle Grace, but most importantly, her 9 beautiful and loving grandchildren. 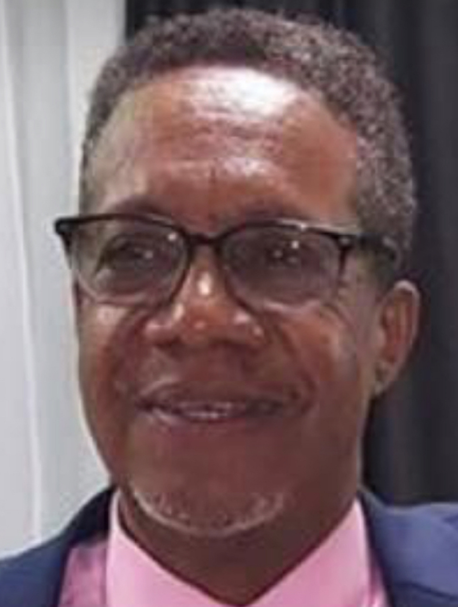 In 1988 Pastor Isaac Ross started the Milford Revival Center under the guidance of Bishop James Greene. He is married to Co-Pastor Laverne Ross formerly Fletcher and is the father of 5 children Isaac (deceased 1992), Terrance, Terra, Rosalyn and Jadonna and 14 grandchildren. As the result of the sudden death of his eldest son Isaac Jr., he felt led to do something about the crime in Seaford on a strip called third and north or the infamous crack alley. Again being led by the Holy Ghost he gathered a group of men, started having prayer and meetings and they together started the Seaford Revival Center Mission. He consulted with his then Bishop and mentor James Greene and came up with the ideal to call his endeavor a mission instead of a church. The venture was a success and now houses a shelter where people come and meet Jesus and get food and other needs. It is no longer called the Seaford Mission but Delmarva Teen Challenge a place that houses men from 18 and up. This is a work in progress.

In 2004 He formed the Miracle Revival Center in Seaford, DE where God is richly blessing. He loves preaching, teaching, and ministering one on one trying to win souls for Jesus and encouraging people to enjoy life, to become better than you are. Pastor Isaac along with wife Co-Pastor Laverne also work extensively in the Seaford area trying to help those who have lost hope. He’s actively involved in the school district as a big brother and trying to mentor children. 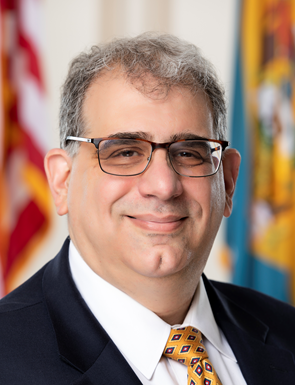 Senator Mantzavinos got his first taste of government service as a legislative assistant and research analyst with the Delaware Senate in the 1990s. He later gained first-hand experience with economic development issues as a Vice President of the New Castle County Chamber of Commerce. Subsequently, he worked as a media relations professional for some of Delaware’s largest employers before launching his own communications consulting firm, The Mantzavinos Group.

Senator Mantzavinos was elected to the Delaware Senate in 2020. 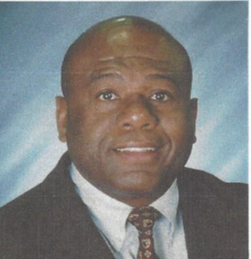 Coach William W. (Bill) Collick is a Lewes, Delaware native who has spent 43 years working in the field of education. His experiences began in elementary school (Rehoboth Beach Elementary), including stints in high schools (Cape Henlopen and Sussex Technical), as well as a time in higher education (Delaware State University). For 12 years, Coach Collick guided the DSU football program through the most celebrated period in team history. In addition, his 44 wins in the MEAC conference ranked second in the history of the league at the time of his retirement.

Coach Collick is well known for efforts on behalf of many charitable organizations throughout the area, including United Way of Delaware, the Delaware Arthritis Foundation, Faith Elementary School, YMCA, Muscular Dystrophy, Big Brothers of Delaware, the non-profit organization (Pathways to Success) and the MERIT program. Also, he is a current board member of the following: Cape Henlopen School District, Habitat for Humanity, and the Lewes Historical Society.

Coach Collick has a history of re-establishing floundering schools and football programs by way of unifying groups of people towards common goals of excellence. He is married to the former Nancy Gooch and they are parents of a daughter Dana and a son Billy, as well as grandparents of granddaughters Jaia, Ma’Kena, and Harper. 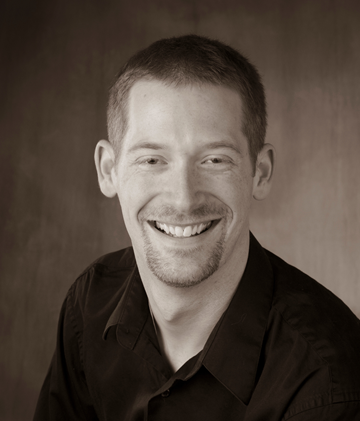 Dr. Joshua Mertz is a lifelong volunteer in the communities in which he lived. His personal goal in community engagement is to develop trust, concern, and respect – three key tenets for community relationships. He has volunteered on HOA boards, school development committees, professional committees and was a Rotarian (Kennewick, WA). Joshua moved to Delaware with his wife in 2017. He and his wife belief that service is a key aspect of active citizenship and they hope that their community service will be an inspiration for their four children.

Dr. Mertz serves as a councilman on the Town of Townsend Town Council. He chairs several committees including Public Safety. Professionally, Joshua works in the water sector and develops technologies for water treatment at Graver Technologies.

Both the Delaware State Police Troop Commanders and the 2021 Honorary Commanders are looking forward to their mutually beneficial partnerships and working alongside each other throughout Delaware this coming year.

Our Superintendent, Colonel Melissa Zebley and the women and men of the Delaware State Police thank all of the Honorary Commanders for their participation in this highly honored program. This well-regarded community program brings police and civic leaders together to enhance the partnership with the communities we serve.

Congratulations on your selections and thank you for your commitment to serve others.