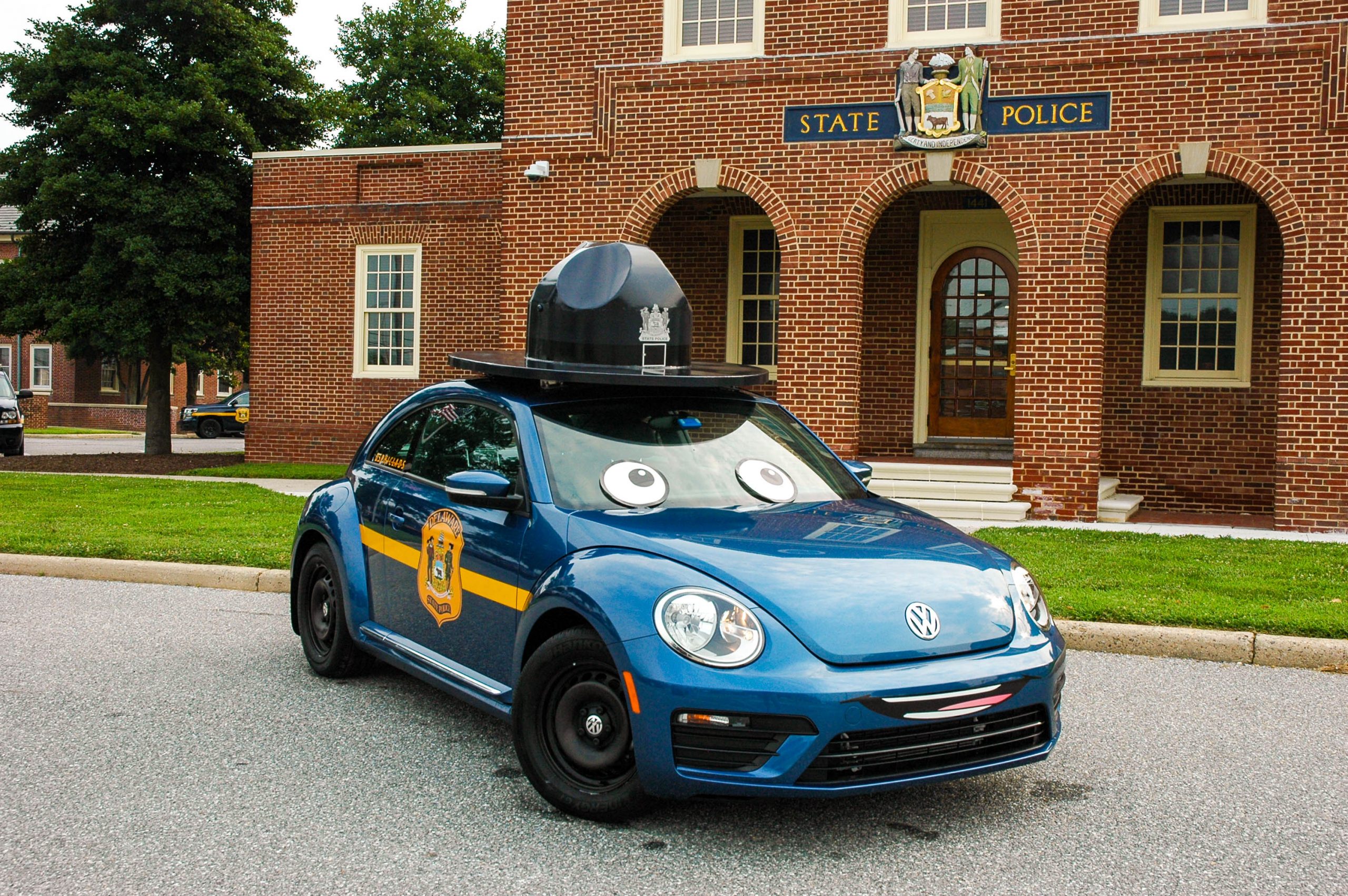 This is where we need your help! Members of the State Police will spend the next ten nights at the Delaware State Fair with our newest Recruit Beetle and we need you to help us name it! Troopers will be on hand with the Beetle from 5:00 p.m. to 9:00 p.m. every night at the State Fair and will have ballots available for all in attendance at the Fair so that you, the Delawareans that this new Beetle will serve and protect, can have a voice in giving it the proper name! The Beetle, along with a modern day Chevrolet Tahoe, will be on the Fair Grounds and will be located between the Delaware and Dover buildings! We look forward to seeing you all at the State Fair and thanks in advance for helping us come up with the perfect name for our newest cruiser-trooper!

In 1974, the Delaware State Police converted a 1971 Volkswagen Beetle into a safety education vehicle. Known as “Trooper Dan,” the car was equipped with its own campaign hat, a red light for a nose, and eyeballs on the windshield wipers. This vehicle would be used in conjunction with school programs, as well as highway and bicycle safety programs. A trooper would converse with students through a hidden speaker in the front of the vehicle. Trooper Dan would acknowledge students by shifting his eyes or flashing his nose. After Trooper Dan retired, a 1999 VW Beetle was promoted and named Sergeant Dan. Sgt. Dan continued to bring joy to families across Delaware until it was recently retired.