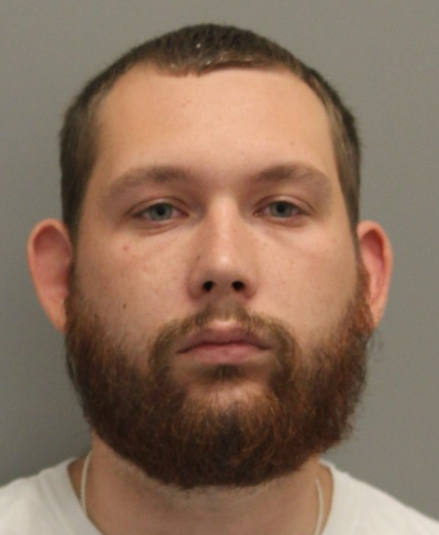 On June 24, 2021, at approximately 2:31 p.m., a trooper on patrol in the area of DuPont Highway, north of Walnut Shade Road, observed a gray Ford Fiesta traveling at a high rate of speed. A traffic stop was conducted on the vehicle. Upon contact with the unlicensed 16-year-old male driver from Harrington, 16-year-old backseat passenger from Greenwood, and owner of the vehicle/front seat passenger, Bradley Hughes, a strong odor of marijuana was detected. A criminal investigation ensued, and the occupants were removed from the vehicle. Located in the Fiesta was a fully loaded Taurus 9mm handgun and approximately 19.89 grams of marijuana. A computer search determined Hughes was in violation of a Sussex County Superior Court No Contact Order with firearms from a previous case.

Hughes was taken into custody without incident and transported to Troop 3, where he was charged with the following crimes:

The 16-year-old driver was issued a traffic citation for Driving Without a Valid License and Speeding and released.

The 16-year-old backseat passenger was charged with Possession of Marijuana. He was arraigned in the Justice of the Peace Court #2 and released on his own recognizance.