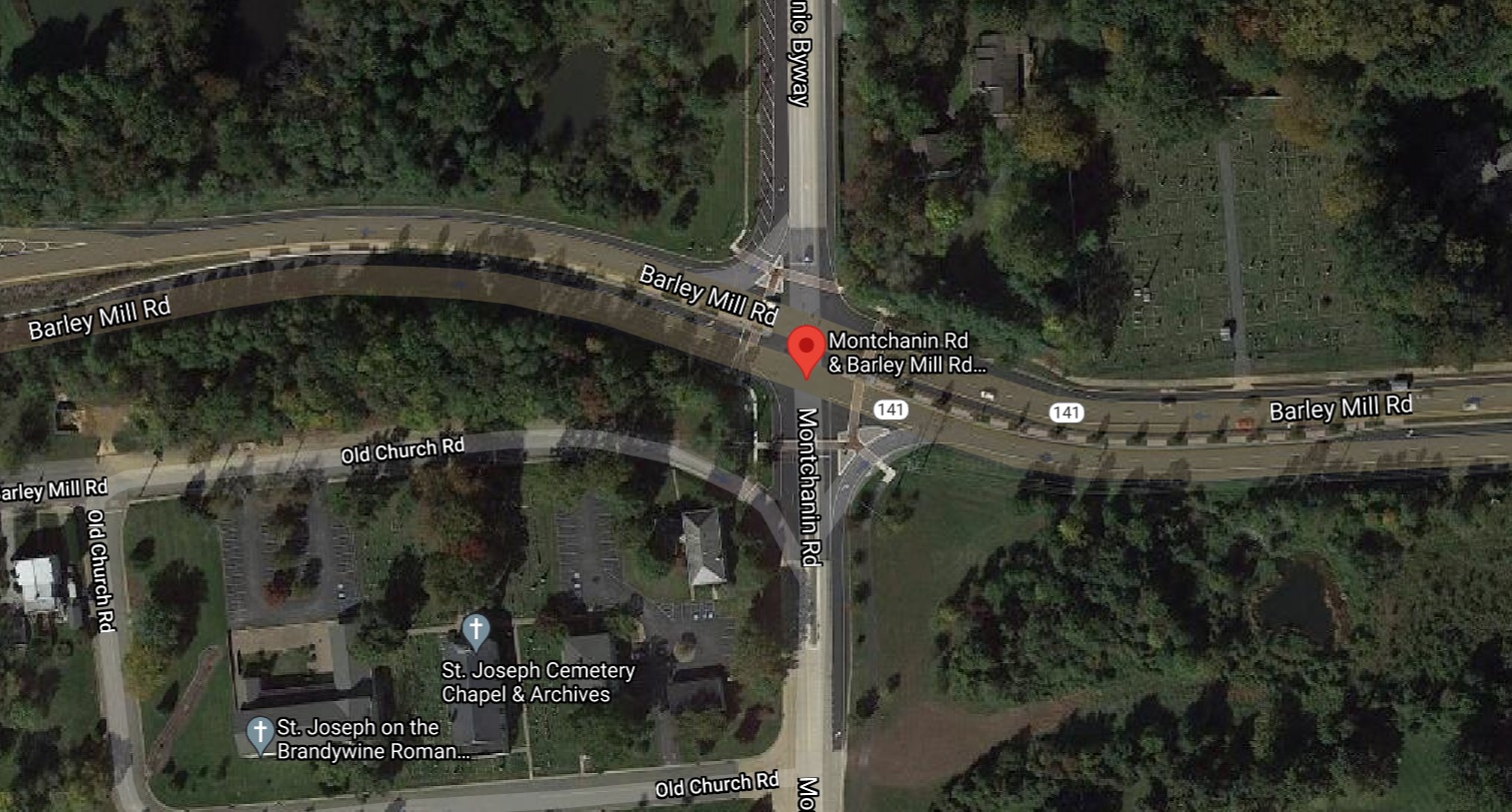 At approximately 7:07 a.m. on Sunday June 13, 2021, a 66-year-old Wilmington man was operating a  2004 Nissan Titan Pickup Truck southbound on Barley Mill Road (Rt. 141) in the left lane approaching the intersection of Montchanin Road (Rt. 100). A 37-year-old Middletown woman was operating a 2002 Nissan Altima westbound on Montchanin Road approaching the intersection of Barley Mill Road. The intersection is controlled by a traffic control signal. The traffic signal for Barley Mill Road was green in both direction and the traffic signal for Montchanin Road was red. The Nissan Altima failed to stop for the red traffic signal and proceeded into the intersection. As a result, the front of the Nissan Titan Pickup Truck collided with the right side of the Altima in the intersection. After the initial collision, both vehicles were redirected in a northwest direction and the pickup truck overturned onto its roof. The Altima rotated 180 degrees and came to a stop on the northwest side of the roadway.

The 37-year-old female was transported by EMS to Christiana Medical Center (CMC) where she was pronounced dead.  Her name is being withheld pending notification of next of kin.

The 66-year-old male, who was properly restrained, was transported by EMS to CMC where he was treated and will be released with non-life-threatening injuries.

The intersection of Barley Mill Road and Montchanin Road, was closed for approximately three and a half hours while the collision was investigated and cleared.

The crash remains under investigation by the Delaware State Police Troop 2 Collision Reconstruction Unit. Anyone with information regarding this incident should contact Master Corporal J. Forester by calling 302-365-8485. Information may also be provided by calling Delaware Crime Stoppers at 1-800-TIP-3333 or via the internet at http://www.delaware.crimestoppersweb.com.