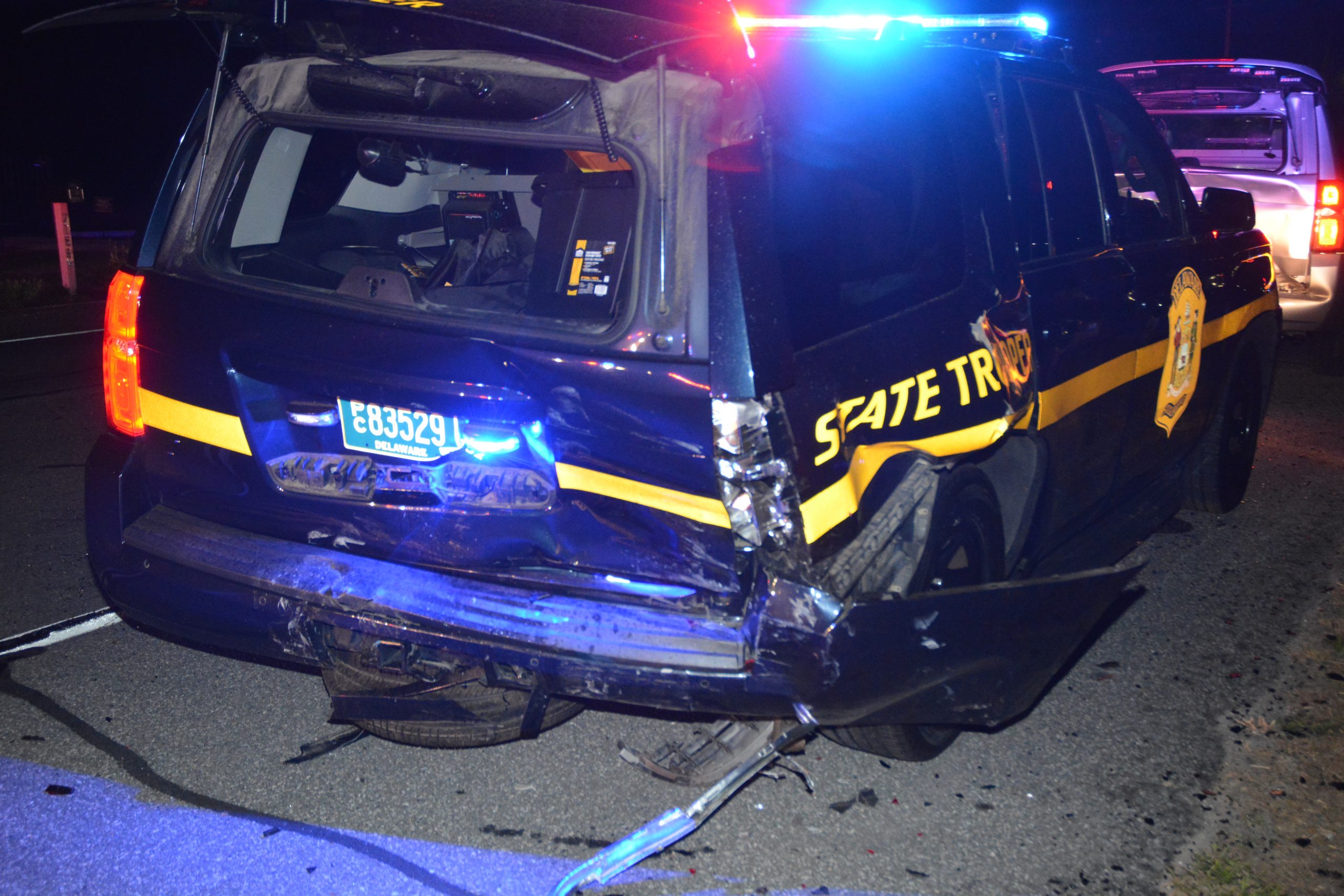 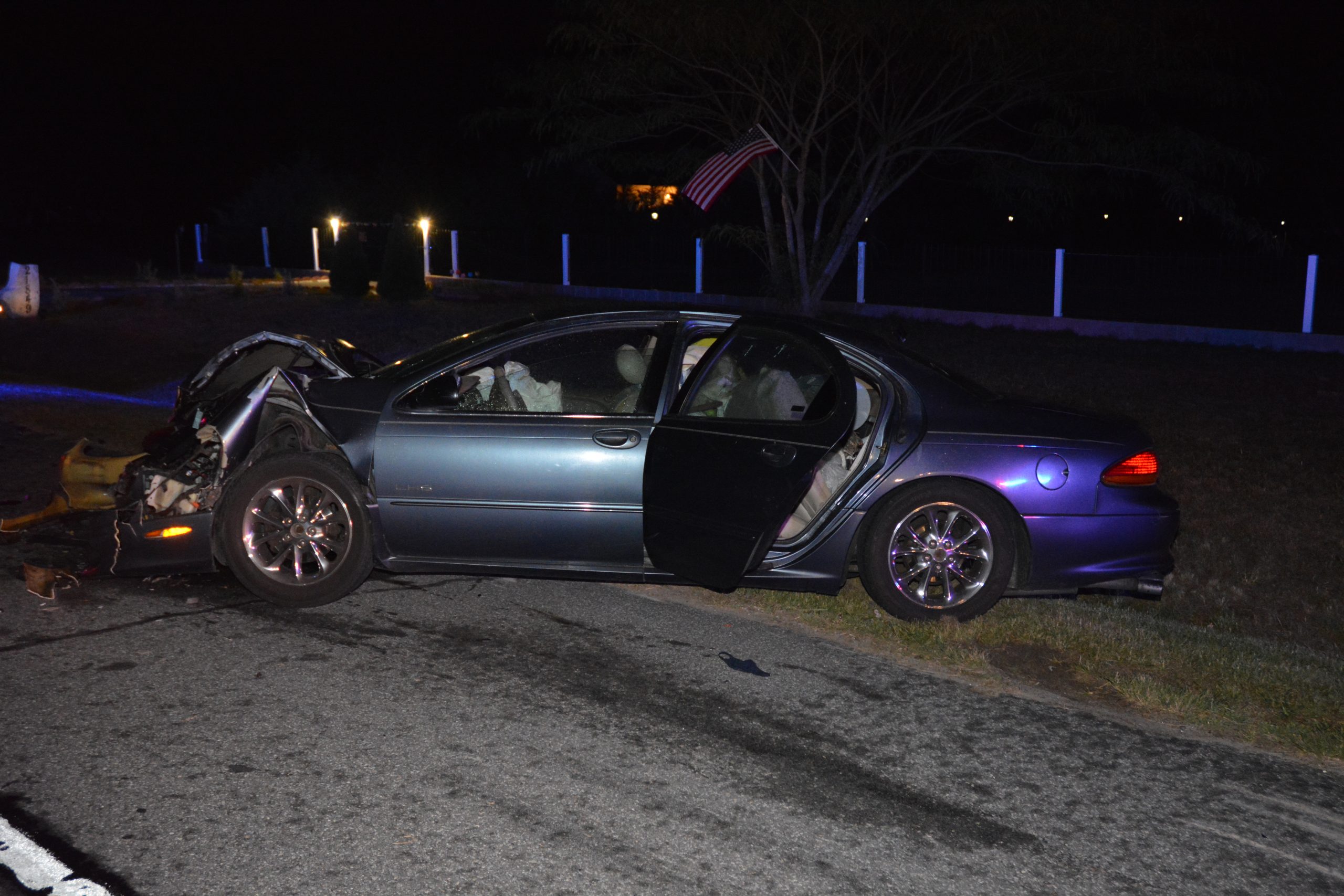 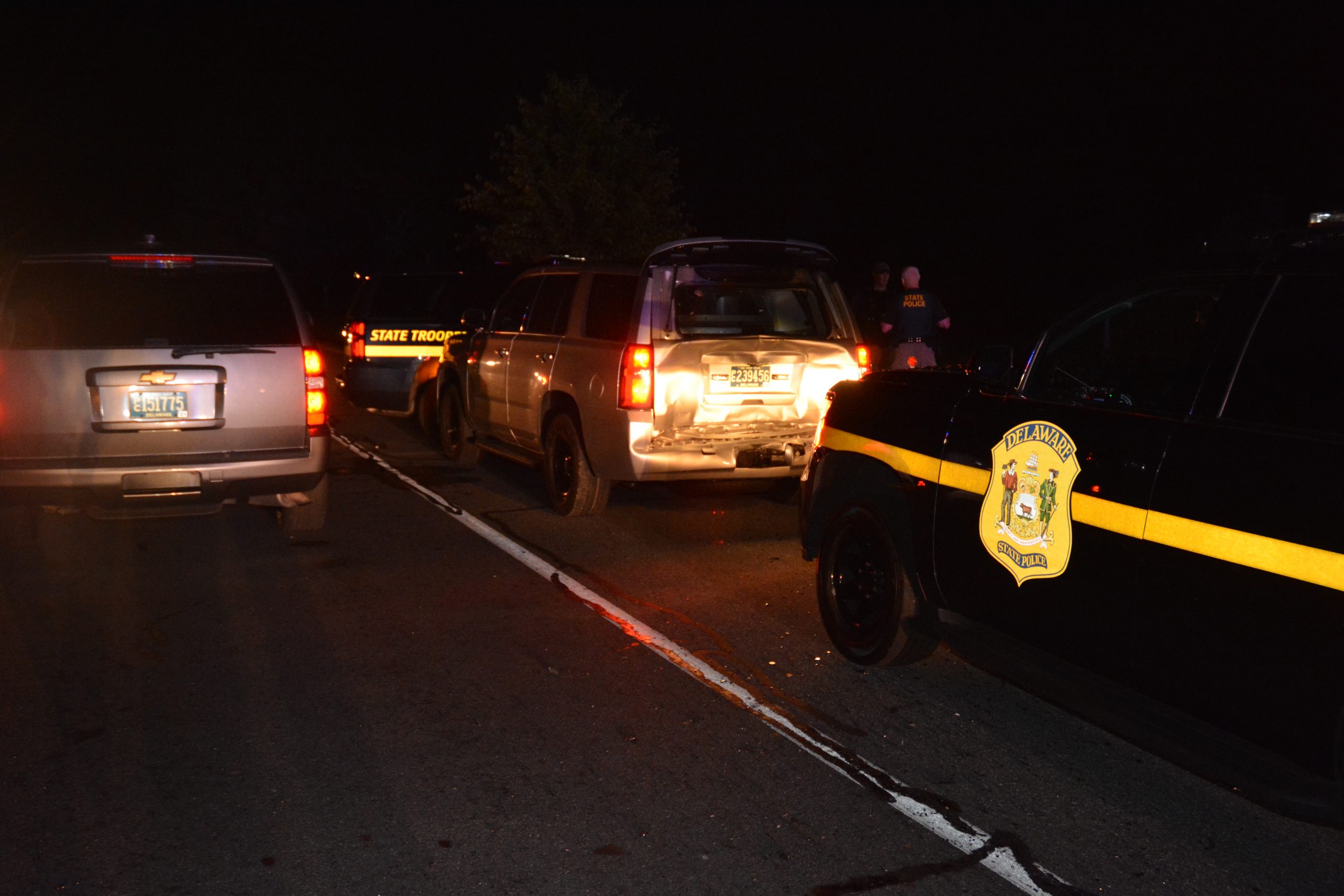 The Delaware State Trooper occupying the 2019 Chevrolet Tahoe was not injured in the collision.

The 62-year-old male from Lewes was transported by ambulance to an area hospital and admitted with non-life-threatening injuries. He was charged with Inattentive Driving, Failure to Maintain Lane, and Expired Registration.