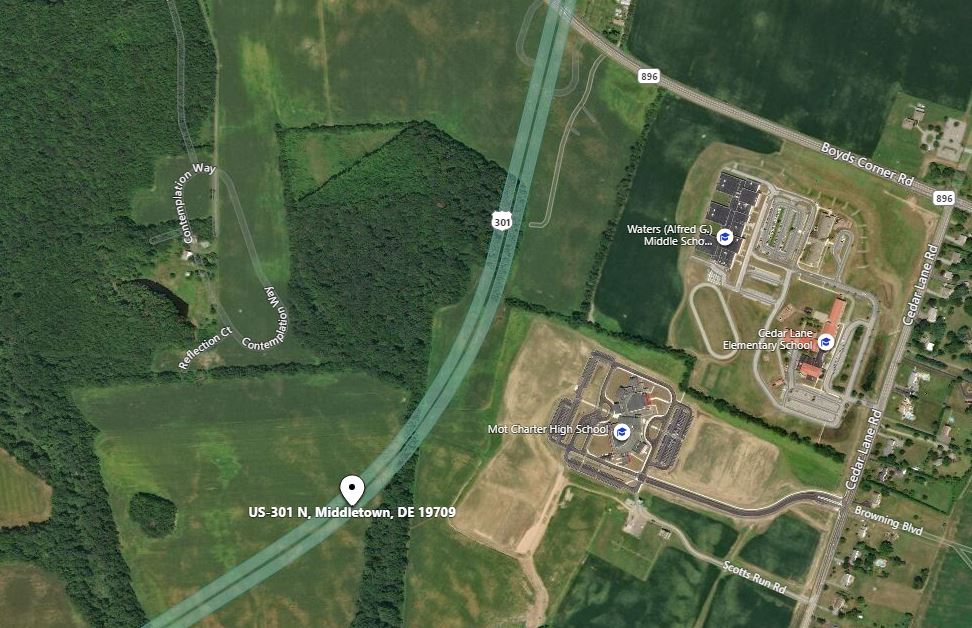 Middletown – The Delaware State Police Collision Reconstruction Unit is conducting an investigation into a fatal motorcycle crash on US-301 that occurred early last evening.

The incident occurred around 6:35 p.m. on Saturday May 1, 2021, as a 2014 Harley Davidson motorcycle, being operated by a 57-year-old Newark, Delaware man, was traveling northbound on US-301 in the right lane approaching the area of the Boyd’s Corner Road overpass. Due to unknown circumstances, the motorcycle failed to remain within its lane and traveled off the right side of the road as the roadway curved to the left.  The motorcycle first struck a reflector post and continued traveling in a northerly direction before striking an embankment and became airborne. The motorcycle continued in a northerly direction and stopped after becoming immersed in a retention pond.

The 57-year-old male was ejected from the motorcycle during the collision and was transported to Christiana Hospital by Trooper 4 where he was pronounced deceased.

A DOT compliant motorcycle helmet was located at the scene of the collision, but at this time, it is unknown if the 57-year-old male was wearing the helmet. It is unknown if alcohol or drug use on the part of the operator was a factor.

US-301 northbound, south of Boyds Corner Road, was completely shut down for approximately 4 hours while the collision was investigated and cleared.

The crash remains under investigation by the Delaware State Police Troop 2 Collision Reconstruction Unit. Anyone with information regarding this incident should contact Corporal Desiderio by calling 302-761-6677. Information may also be provided by calling Delaware Crime Stoppers at 1-800-TIP-3333 or via the internet at http://www.delaware.crimestoppersweb.com.