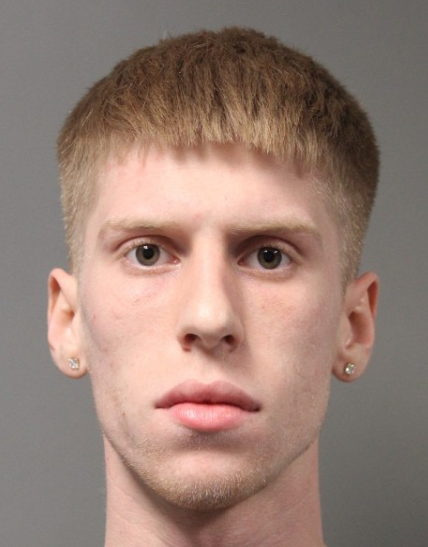 On February 15, 2021, at approximately 5:02 p.m., a trooper traveling eastbound on Sorghum Mill Road west of South State Street observed a white 2020 Jeep Wrangler fail to stop for a solid red light. The trooper was traveling directly behind the Jeep Wrangler. The trooper initiated a traffic stop, and contact was made with the operator and sole occupant, Samuel T. Schuman. Upon contact with Schuman, a strong odor of marijuana was detected from the vehicle’s occupant compartment, and a criminal investigation ensued. Schuman was removed from the vehicle without incident, and located on his person was a single 9 MM round. A search of the vehicle yielded the following items:

Schuman was taken into custody without incident and transported to Troop 3 where he was charged with the following crimes: