In March of 2020, TFC Moyer, TFC Foskey, and Cpl. Morris responded to a residence in Bridgeville for a burglary in progress. Upon arrival to the scene, the troopers discovered the suspect had broken into the residence, physically assaulted the victim, and was still located inside.  The troopers could hear screaming inside the home and took immediate action. Once inside, they discovered the suspect and victim in the kitchen, with the victim seriously injured and losing a lot of blood. The suspect was immediately taken into custody, and the troopers took emergency life-saving measures to save the victims’ life. They continued to render treatment to the victim until Emergency Medical Services arrived on the scene.

The suspect was subsequently charged with attempted homicide, burglary, and additional related charges. 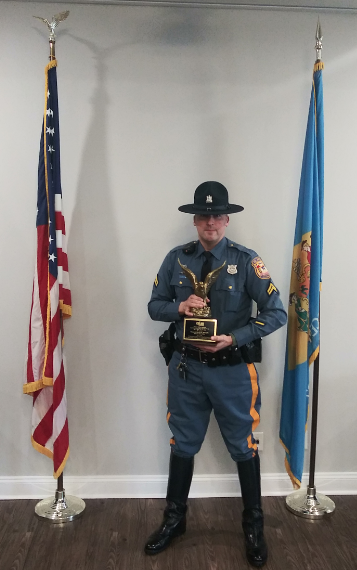 Cpl. Charles Morris II is a 6 year veteran of the Delaware State Police. 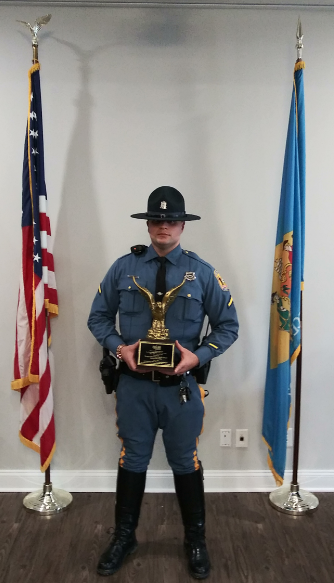 TFC Cody Moyer is a 5 year veteran of the Delaware State Police. 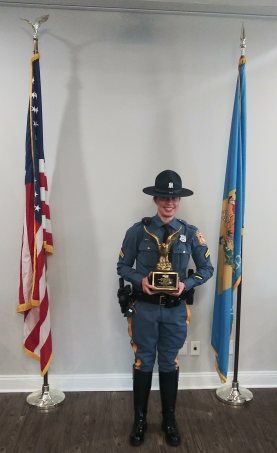 TFC Carrie Foskey is a 4 year veteran of the Delaware State Police.