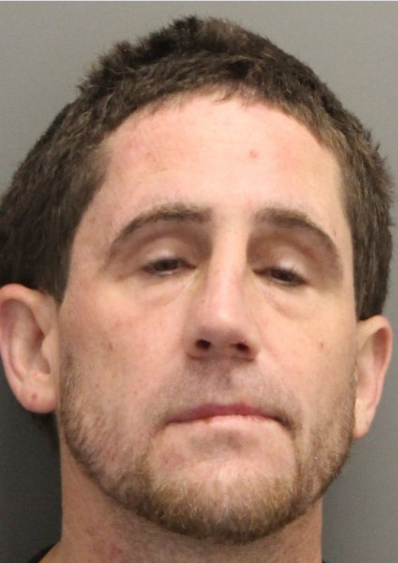 Frederica- Delaware State Police arrested 40-year-old Walter A. Cotier III of Milford on criminal and drug charges after an incident with troopers on Monday afternoon.

On January 5, 2021, at approximately 2:00 p.m., troopers on patrol in the area of Frederica Road and Waterway Road observed Walter A. Cotier III walking. The troopers were familiar with Cotier and knew he had several active felony warrants for his arrest. Upon Cotier observing the troopers, he began to flee on foot. The troopers gave chase to Cotier while telling him to stop. He ignored the verbal commands and attempted to flee. After a foot pursuit, Cotier turned and stood in an offensive fighting stance before becoming involved in a physical altercation with the troopers. Cotier resisted arrest and failed to obey the troopers’ commands. Once taken into custody, he was found to be in possession of the following:

During the incident, a trooper assigned to the Delaware State Police Governor’s Task Force sustained a serious injury and was transported to an area hospital for treatment.

Cotier was transported to Delaware State Police Troop 3, where he was charged with the following crimes:

Cotier was arraigned in the Justice of the Peace Court #2 and committed to Sussex Correctional Institution on a $75,000 cash bond.