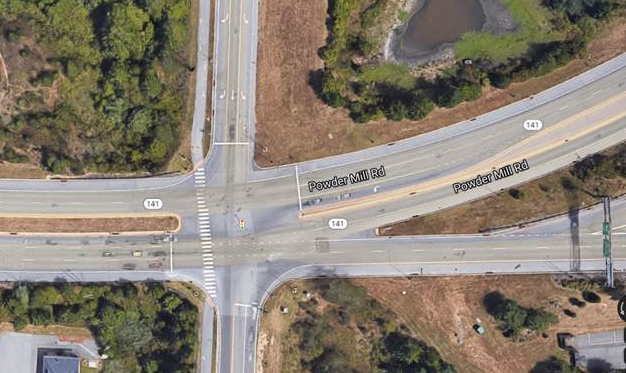 The operator of the Altima, a 77-year-old female from Wilmington was transported to an area hospital where she was treated and released with minor injuries.

The Trooper who was operating the Chevrolet Tahoe was also transported to an area hospital where he was treated and released with minor injuries.

Route 141 was closed for approximately 2 hours while the crash was investigated and cleared. Traffic for West Park Drive was redirected away from the collision scene.

The investigation is ongoing, and anyone with information regarding the crash should contact Det. Forester of the Troop 2 Collision Reconstruction Unit by calling 302-365-8485. Information may also be provided by calling Delaware crime stoppers at 1-800-TIP-3333 or via the internet at http://www.delaware.crimestoppersweb.com