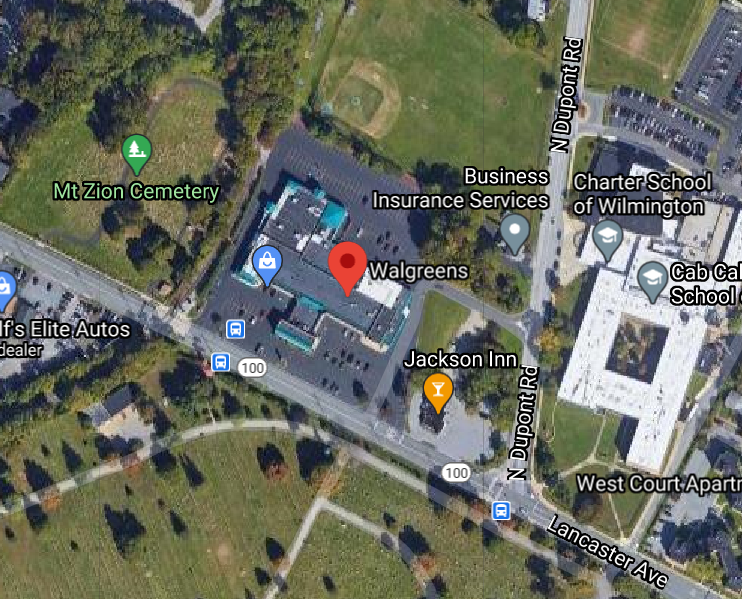 Wilmington- The Delaware State Police are investigating a robbery that occurred at a Walgreens located in Wilmington, DE.

The incident occurred on November 29, 2020 at approximately 8:20 a.m. when Troopers were dispatched to the Walgreens located at 3301 Lancaster Pike, Wilmington for a report of a robbery. Upon arrival, it was learned that two suspects entered the store and confronted employees. The first suspect immediately went to the manager’s office while the second confronted two other employees. The first suspect physically assaulted the 39-year-old manager/victim and demanded cash from the safe. The manager complied and the suspect removed an undisclosed amount of cash. The second suspect grabbed two other employees/victims and physically placed them into the manager’s office. The suspects then fled out of a rear emergency door to the business.

Once the suspects exited the store, they confronted a 27-year-old male of Wilmington, who had just parked his blue Honda Accord and demanded his car keys. The victim refused and one of the suspects began fighting with the victim in attempt to take the keys from him. The suspect was able to overpower the victim, remove the car keys, and both suspects fled the area in the stolen vehicle.

There were no injuries as a result of the incident.

There are currently no photos of the suspects available at this time.

The suspects were described as males who were wearing all dark clothing.

Anyone with information regarding this incident is asked to contact Detective Kirchenbauer of the Troop 2 Criminal Investigative Unit at 302-365-8525. Information may also be provided by calling Delaware crime stoppers at 1-800-TIP-3333 or via the internet at http://www.delaware.crimestoppersweb.com