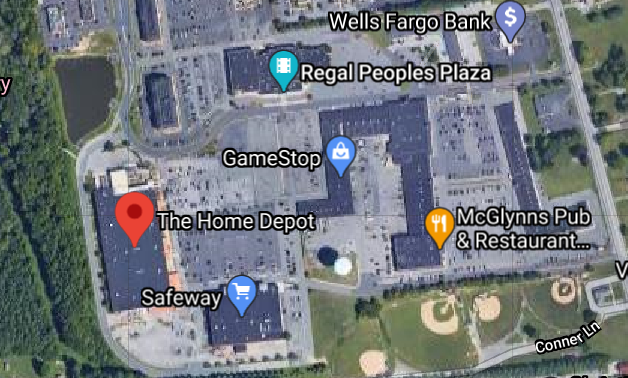 On November 25, 2020, at approximately 5:23 p.m., troopers responded to Home Depot located at 2000 Peoples Plaza, Newark, for a robbery. The initial investigation revealed the suspect attempted to shoplift two chainsaws and was confronted by employees as he was exiting the business. The suspect who was armed with pepper spray, dropped one of the chainsaws and sprayed three employees in the face. The suspect fled and a fourth employee chased him into the parking lot. The employee was able to remove the second chainsaw from the suspects hands, but during the confrontation the suspect stabbed him in the arm. The 53-year-old victim of North East, MD, was treated at an area hospital with non-life-threatening injuries. The other three employees/victims were treated by EMS at the scene.

The suspect fled the scene on foot.

The suspect was described as a white male, approximately 5’5″ tall, heavy build with a dark beard. He was wearing all dark colored clothing, a black mask, and gloves.

Anyone with information regarding this incident should contact Detective Harris with Delaware State Police Troop 2 Criminal Investigative Unit by calling 302-365-8410. Information may also be provided by calling Delaware Crime Stoppers at 1-800-TIP-3333 or via the internet at http://www.delaware.crimestoppersweb.com .