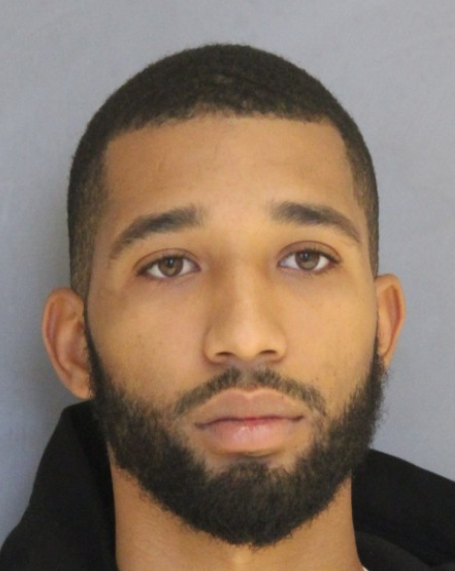 On November 21, 2020, at approximately 9:41 a.m., a trooper on patrol on I-495 northbound observed a grey Dodge Charger traveling northbound in the left lane of I-495 at 106 MPH in a 65 MPH zone. As the trooper was approaching the vehicle from the rear, it made a quick lane change without signaling. A traffic stop was initiated and contact was made with the operator, Donte Wilkie.  Upon contact with the operator, a strong odor of marijuana was detected and a criminal investigation ensued. Located in the Charger during the investigation were the following items:

Wilkie was taken into custody without incident and transported to Troop 1 where he was charged with the following crimes:

Wilkie was arraigned in the Justice of the Peace Court #11 and released on his Own Recognizance.