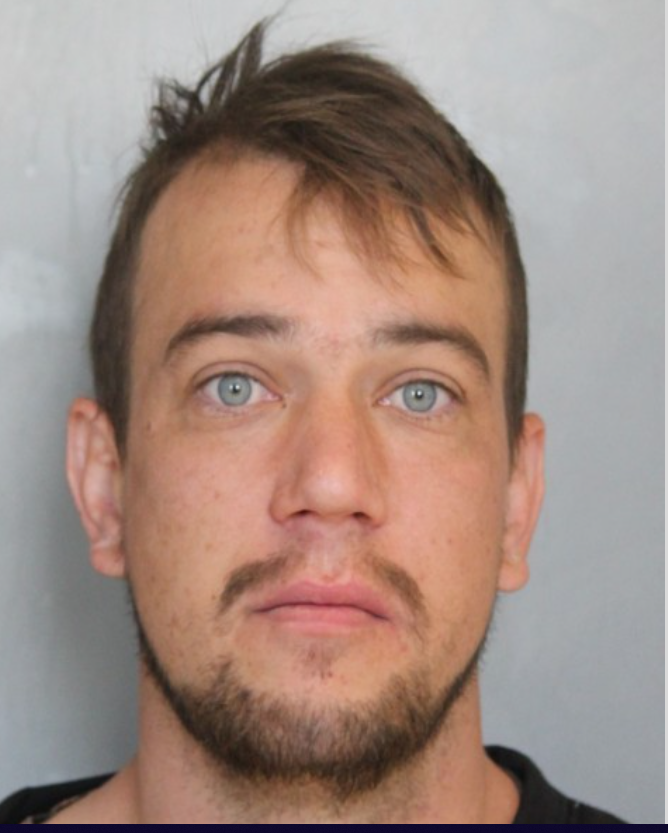 On Saturday, November 14, 2020 at approximately 03:30 a.m., Delaware State Police responded to the BP Gas Station at 3507 Miller Road in Wilmington, De., reference to an alarm involving the detection of motion within the station.  As Troopers approached the business on foot they noticed there was a white male in the building behind the cashier desk area grabbing cigarette boxes.  Troopers began to issue commands to the individual to which the individual stated that he was an employee of the business.  Troopers believed this to be fictitious and noticed that there was a broken ceiling tile laying on the floor in the area of the male subject.  The individual was subsequently taken into custody with Troopers finding cigarette’s, lottery tickets and lighters on his person.  Troopers also noticed a large hole in the ceiling of the gas station back room area.  On the floor, directly below the hole, was a broken ceiling panel.  The defendant gained entry though the roof of the gas station, climbed through and fell onto the floor below.  Upon questioning of his identity the defendant provided a fictitious name and date of birth.

Through investigation it was determined that the defendant was 27 year old Daniel Jeffries from Edgewood, Maryland.

Jeffries was charged with the following crimes:

Jeffries was arraigned in the Justice of the Peace Court #11 and committed to Howard R. Young Correctional Institution in lieu of $7,000 secured bond.