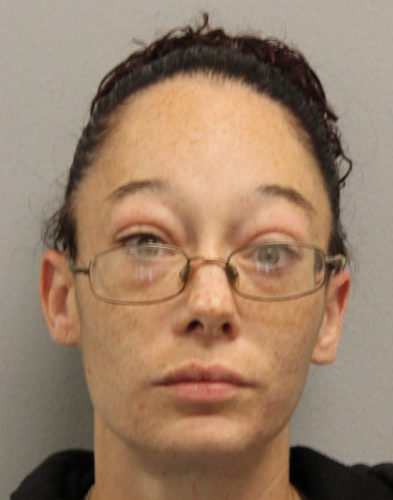 On November 7, 2020, at approximately 8:58 a.m., Delaware State Police responded to Sea Esta II Motel located at 100 Rudder Lane for a reported assault in progress. The investigation determined the 34-year-old male suspect of Millsboro was standing outside speaking to the 25-year-old female victim. As the two were talking, Gdowik approached the victim with a black box cutter in her hand and dropped it before striking her. She fled the scene after the incident occurred, and the victim called 911 to report the incident. When the male suspect learned the female victim called the police, he became upset, approached the female victim’s 25-year-old boyfriend, who was standing outside, waiting for troopers to arrive, and punched him with a closed fist. Neither victim required medical treatment.

Gdowik was located at the Boys & Girls Club located in Oak Orchard and transported to Troop 7, where she was charged with the following crimes:

Gdowik was arraigned in the Justice of the Peace Court #3 and released after posting bail on a $22,200 secured bond.

The 34-year-old male suspect was not able to be located by troopers and is currently wanted on the following charges: