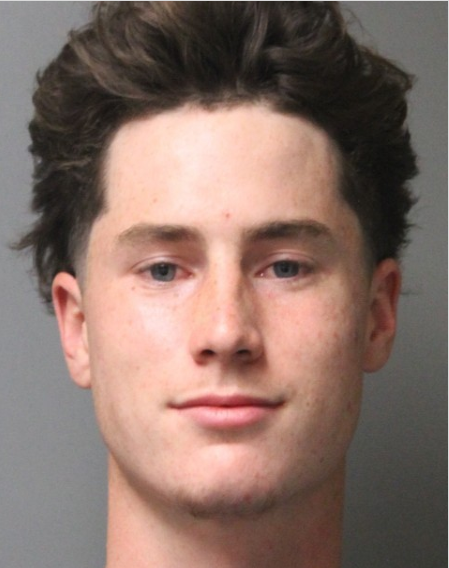 On October 23, 2020, at approximately 11:21 p.m., a trooper in the area of John J. Williams Highway and Oak Orchard Road observed a gray Ford F-150 traveling southbound on Oak Orchard Road. As the trooper was traveling behind the vehicle, it turned on to eastbound John J. Williams Highway and then failed to properly signal when entering the right turn lane to Long Neck Road. The F-150 turned onto southbound Long Neck Road, and a traffic stop was initiated. Contact was made with the driver of the vehicle, later identified as Toby Schlick, and the 18-year-old male passenger. A strong odor of marijuana was detected, and a criminal investigation ensued. Through the investigation, it was determined Schlick was suspected of driving under the influence of drugs. He was taken into custody and transported to Troop 4. During a search of the vehicle, the following items were located:

Schlick was charged with the following crimes:

Schlick was arraigned in the Justice of the Peace Court #2 and released on his own recognizance.