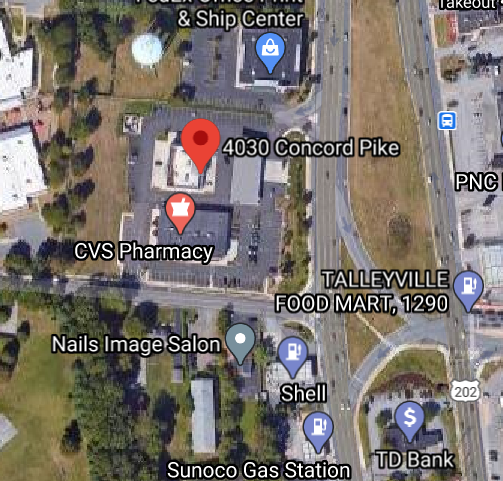 Wilmington – The Delaware State Police are investigating a carjacking that took place in the parking lot of a Wawa on Monday night.

The incident occurred at approximately 10:05 p.m., Monday, October 19, 2020 in the parking lot of Wawa, located at 4030 Concord Pike, Wilmington. A 31 year old female was in the front passenger seat of a vehicle waiting for her sister, who was inside the business. As she was waiting, a male subject entered the vehicle and demanded “everything”. As the victim exited the vehicle, a second suspect approached her and held an unknown object to her abdomen. At this time, the 28 year-old sister/victim exited the store and observed an unknown male sitting in the driver seat of the vehicle with her purse in his lap. She confronted the suspect and attempted to regain possession of her purse. The strap of the purse broke and the suspect drove off in the vehicle. The victims were not injured as a result of the incident.

The suspects could only be described as two black males.

No surveillance images are available at this time.

Anyone with information regarding this incident is asked to contact Det. Harris of the Troop 2 Criminal Investigative Unit by calling 302-365-8410.