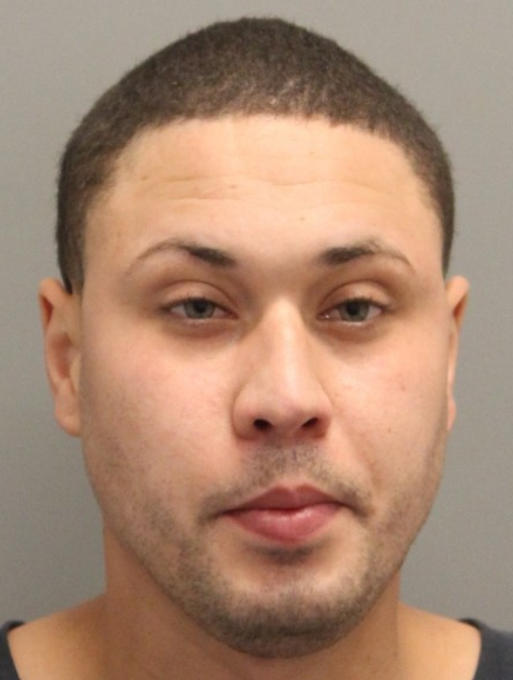 On September 27, 2020, at 6:13 p.m., Delaware State Police responded to Sandlewood Court, Felton, for a reckless endangering incident. The investigation revealed that Cruz was driving a 1997 Toyota Corolla on Sandlewood Court while a 28-year-old male acquaintance and 6-year-old male were riding their bicycles on the road. As Cruz approached the individuals, he began driving straight toward them and accelerated in an attempt to strike them. Cruz was unsuccessful in hitting the victims, at which time he exited the vehicle with a bat and attempted to strike the 28-year-old. A struggle ensued, and the victim was able to gain control of the bat, at which time, Cruz produced a kitchen knife and attempted to stab the victim. The victim was uninjured, but Cruz tried to strike the victims two more times with his vehicle as they fled the area. On the final attempt, the 28-year-old male had to jump in the air and walked across the vehicle as it passed by. He was not injured.

Cruz was taken into custody and transported to Troop 3, where he was charged with the following crimes:

Cruz was arraigned in Justice of the Peace Court #7 and committed to Sussex Correctional Institution on a $20,500.00 bond.

If you or someone you know is a victim or witness of crime or have lost a loved one to sudden death and are in need of assistance, the Delaware State Police Victim Services Unit/Delaware Victim Center is available to offer you support and resources 24 hours a day through a toll-free hotline 1800 VICTIM-1. (1-800-842-8461). You may also email the unit Director at debra.reed@state.de.us.