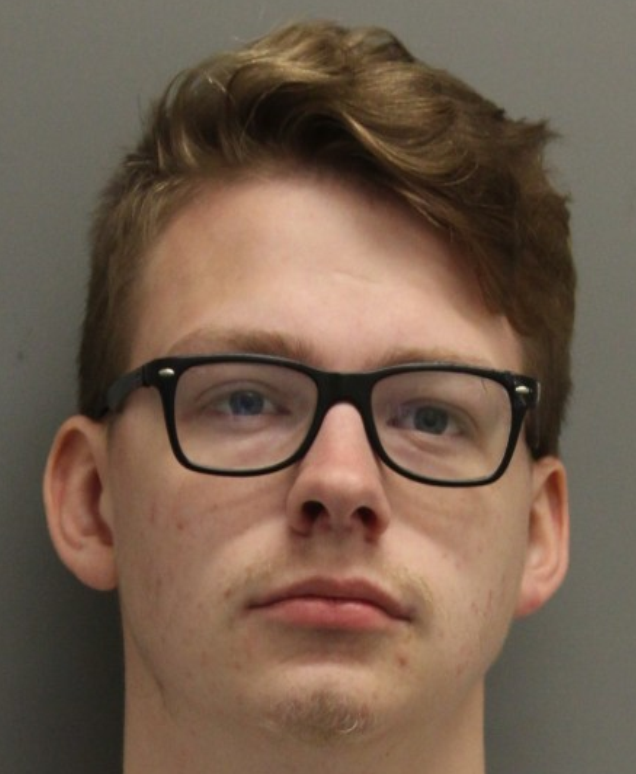 At approximately 2:08 p.m., a BOLO was broadcasted for a beige passenger car traveling at a high rate of speed and passing vehicles on the shoulder of the roadway northbound on US 13 in the Felton area. A trooper in the area of US 13 and Canterbury Road observed a beige Toyota Avalon operating at a high rate of speed passing vehicles. The trooper activated his emergency lights, and the Avalon swerved to the shoulder of the roadway and stopped directly behind the patrol vehicle. The operator, later identified as Nichols, quickly exited the Avalon and began acting disorderly on the road’s shoulder before complying with the troopers’ command to reenter his vehicle. The troopers’ investigation revealed Nickles was passing cars on the shoulder of the roadway, braking suddenly in front of vehicles, traveling at a high rate of speed, failed to stop at a red light, and backed up on the highway. It was also discovered Nickles was driving with no insurance, which resulted in an inventory search of the vehicle conducted before being towed. During the search, the following items were discovered:

Nickles was taken into custody without incident and transported to Troop 3, where he was charged with the following crimes:

Nickles was arraigned in Justice of the Peace Court #2 and released on a $4,407.00 unsecured bond.