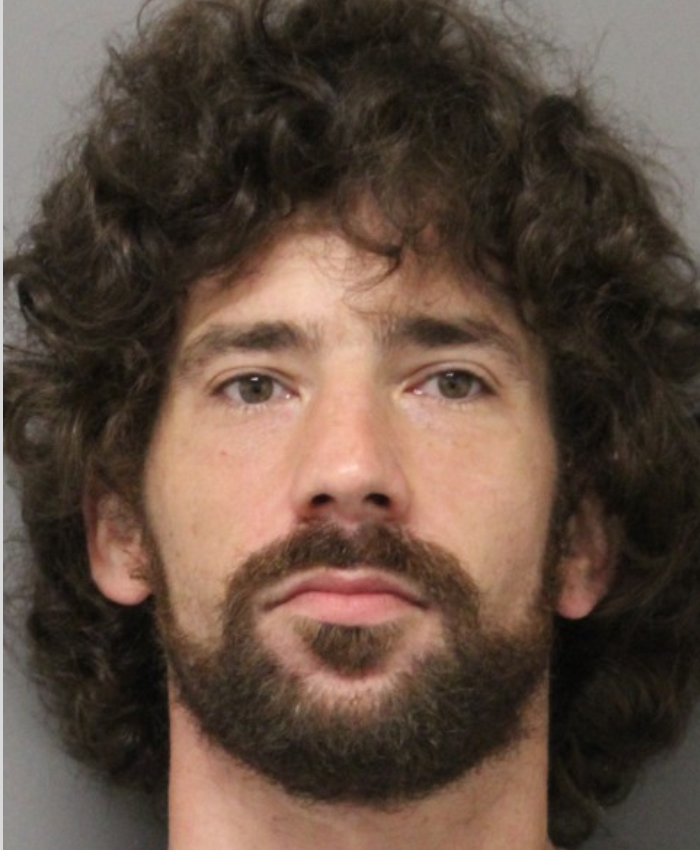 Seaford- 32-year-old Garland G. Church of Seaford was arrested by Delaware State Police on September 5, 2020, on Middleford Road for criminal and traffic charges.

At approximately 7:31 p.m., a trooper working patrol in the area of Old Furnace Road and Middleford Road observed a dark-colored Honda passenger car traveling with a fictitious registration plate. A vehicle stop was conducted on the vehicle, and contact was made with the three occupants. Church was identified as the operator, the front-seat passenger was a 38-year-old female of Seaford, and a male back seat passenger. Through the investigation, troopers discovered Church had a folding knife concealed on his waistband with a blade greater than three inches. Before the vehicle was towed because it was unregistered and had fictitious tags, an inventory search was conducted. During the search, drug paraphernalia and a large knife was located. Also located in the front seat passenger’s purse was additional drug paraphernalia. A computer search revealed Church is a person prohibited from carrying a deadly weapon.

Church was taken into custody without incident and transported to Troop 5 where he was charged with the following crimes:

Church was arraigned in Justice of the Peace Court #3 and released on his own recognizance.

The front seat passenger was taken into custody without incident and transported to Troop 5 where she was charged with two counts of possession of drug paraphernalia. She was arraigned in Justice of the Peace Court #3 and released on her own recognizance.

The back seat passenger was not charged.