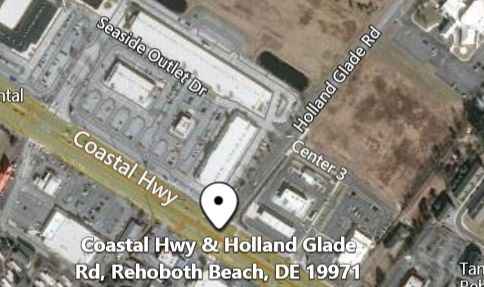 The investigation revealed a 2019 Toyota Rav4 operated by a 61-year-old man from Rehoboth Beach, DE, was traveling northbound on Coastal Highway in the left lane north of Holland Glade Road. A 2016 Volkswagen Passat was also traveling northbound on Coastal Highway approaching the Toyota. For unknown reasons, the Volkswagen operated by 49-year-old William F. Williams of Edgewood, Maryland, failed to observe the Toyota ahead of him. As a result, the front of his vehicle struck the rear of the Toyota. After impact, the Toyota traveled off the west edge of the northbound lanes, across the grass median, and completely across the southbound lanes before exiting the west edge of the southbound lanes were it came to rest after striking a concrete curb. The Volkswagen continued traveling north and came to rest in the northbound center lane.

The operator from the Rav4 sustained critical injuries and was transported by helicopter to an area hospital.

The right front passenger in the Rav4 was a 59-year-old male from Rehoboth Beach, DE.  He was transported to an area hospital by ambulance for non-life threatening injuries.

The rear seat passenger in the Rav4 was a 60-year-old male from Rehoboth Beach, DE. He refused treatment on scene.

Williams was transported to an area hospital by ambulance for non-life threatening injuries. A computer inquiry revealed Williams has four previous DUI convictions.

Williams was charged with the following crimes:

He was arraigned in Justice of the Peace Court #3 and committed to Sussex Correctional Institution on a $30,002.00 cash bond.

The traffic on northbound SR 1 was closed for approximately 3 hours and southbound was restricted to 1 lane during the investigation and clean-up.

Any witnesses to this collision should contact Tfc. A. Stimac at Troop 7 by calling 302-703-3299. Information may also be provided by calling Delaware crime stoppers at 1-800-TIP-3333 or via the internet at http://www.delaware.crimestoppersweb.com