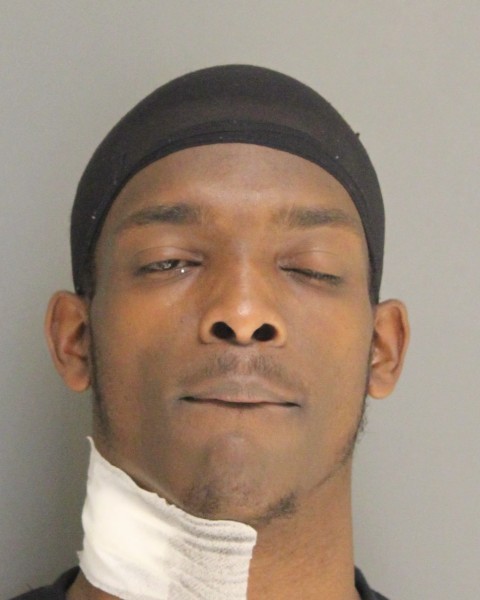 Wilmington – The Delaware State Police have arrested two individuals in connection with a criminal mischief  incident that occurred on Naamans Road north of Wilmington, De. on Friday, June 26, 2020.

Operating the black sedan was 21 year old Maliq A. Rollins of Wilmington, De.  Rollins was charged with one traffic related felony (Disregard a Police Officer Signal) and fifteen (15) other traffic violations.

A second passenger in the vehicle was a 20 year old male who was charged with Criminal Mischief (misdemeanor), littering and Possession of Alcohol by a Minor.

The patrol vehicle sustained approximately $2,000.00 damage to the left side of the vehicle, causing dents requiring body work and new paint.  It was determined the hard object that struck the patrol vehicle appeared to be a large glass bottle containing an unknown type of liquid.  Neither the Trooper nor the two individuals arrested for this incident were injured.