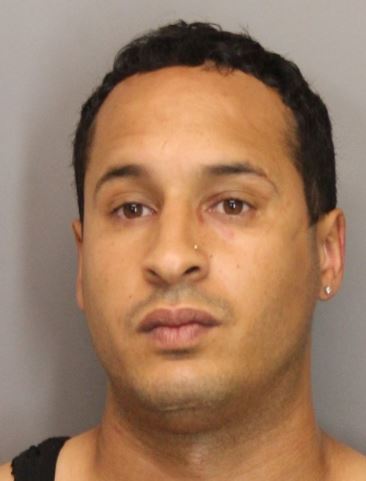 Newport- The Delaware State Police are seeking the public’s assistance in attempting to locate 32-year-old Kevin J. Ramos of Wilmington, DE who is wanted for felony domestic and additional related charges.

The incident occurred on May 24, 2020 at approximately 6:30 a.m., when Troopers responded to a residence located on the 1300 block of East Newport Pike, Wilmington, in reference to physical domestic incident.  Upon arrival, Troopers met with a 41-year-old female victim who advised that she and Ramos, had been involved in a physical altercation inside the residence. Also inside the residence during the incident was a 32-year-old female from Orlando, FL, who was a friend of the victim. During the incident, Ramos threatened both females before stealing a brown 2012 GMC Terrain that belonged to one of the victims and fleeing the area before police arrived. A computer check revealed there was an active court order between Ramos and the victim that Ramos violated.

The 41-year-old female victim was transported to an area hospital for minor injuries.

Troopers have been unable to locate Ramos who currently has active warrants out of Troop 6 for the following crimes:

Anyone with information regarding the whereabouts of Kevin J. Ramos is asked to contact Troop 6, at 302-633-5000 or by calling 911. Information may also be provided by calling Delaware crime stoppers at 1-800-TIP-3333 or via the internet at http://www.delaware.crimestoppersweb.com