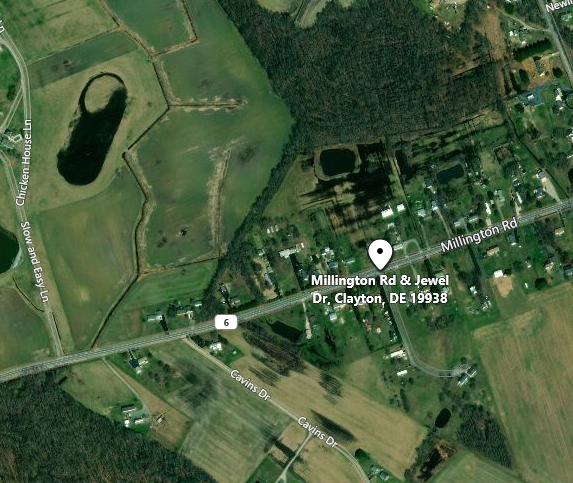 The incident occurred on May 26, 2020 at approximately 7:00 a.m., when a black 2005 Chevrolet Tahoe was traveling eastbound on Millington Road towards Jewel Drive in foggy conditions, with its running lights activated but not its head lamps. An unmarked divisional issued silver Chevrolet Tahoe was traveling westbound on Millington Road, nearly stopped, preparing to turn left into a driveway in the 1800 block of Millington Road for a domestic related complaint. Directly in front of the unmarked DSP Tahoe was a marked divisional issued Tahoe that had just made a left turn into the driveway.  This action caused the driver of the black Tahoe to swerve from the eastbound lane, partially entering into the westbound, where it struck the silver unmarked Tahoe head on.  Neither DSP vehicles had their emergency equipment activated.

The operator of the 2005 Chevrolet Tahoe, a 36-year-old male from Dover was transported to the Bayhealth Kent General Hospital where he was treated and released with minor injuries.

The Trooper who was operating the silver Chevrolet Tahoe was also transported to the Bayhealth Kent General Hospital where they were treated and released with minor injuries.

Millington Road between Blackiston Church Road and Daisey Road was closed for approximately 3 hours while the crash was investigated and cleared.