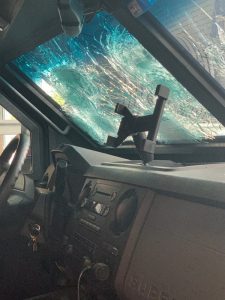 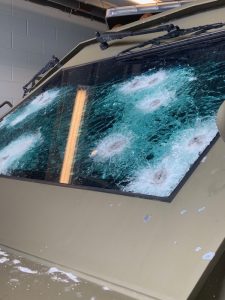 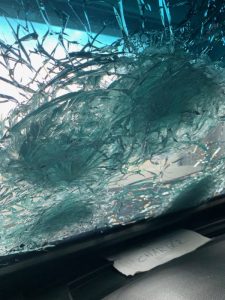 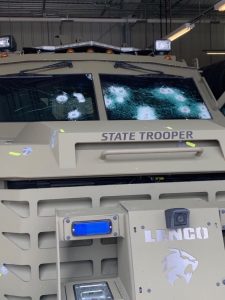 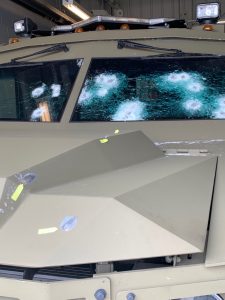 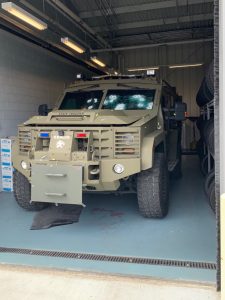 Bear- On Friday, May 8, 2020, at approximately 10:13 a.m., the Delaware State Police responded to the Delaware Veterans Memorial Cemetery located at 2465 Chesapeake City Rd., in Bear, for reports of shots fired. The investigation determined 29-year-old Sheldon C. Francis of Middletown was responsible for the shooting deaths of 86 year old Paul C. Marino and his wife, 85-year-old Lidia Marino, of Elkton, MD.

At approximately 11:08 a.m., officers on scene observed Francis running into a wooded area, between the cemetery and Brennan Blvd., in the development of Brennan Estates. Officers immediately secured the area where the subject was observed.

At approximately 12:08 p.m., Troopers on the Delaware State Police Special Operations Response Team (SORT) responded to the wooded area where Francis was located in the Delaware State Police BearCat Armored Vehicle. Upon arriving to the location, the BearCat began immediately taking on a significant amount of gunshot rounds from Francis, resulting in an exchange of gunfire taking place between members of SORT and Francis. During the exchange of gunfire, Francis sustained a gunshot wound by the Delaware State Police, which resulted in his death. Francis was pronounced deceased at the scene. No Troopers involved in the shooting incident were not injured and have been placed on administrative leave as per Divisional Policy .

As this investigation remains ongoing, there has been no motive determined at this time or evidence indicating Francis had any connection to the Marino’s.

The Delaware State Police would also like to thank the community for their support and understanding during this critical incident.

The investigation remains active and ongoing and is being investigated by the Delaware State Police Homicide Unit. Anyone with information regarding the incident or a possible motive are asked to call 302-698-8557. Information may also be provided by calling Delaware crime stoppers at 1-800-TIP-3333 or via the internet at http://www.delaware.crimestoppersweb.com.