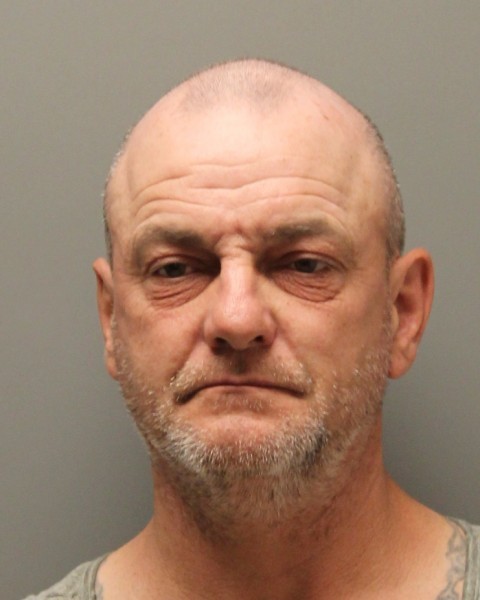 The incident occurred on May 16, 2020 at approximately 11:15 a.m., when Troopers were dispatched to the Hollywood Motel, located at 145 S. Dupont Hwy, New Castle, for a report of a domestic.  Upon arrival, Troopers made contact with a 45-year-old female who advised that she had engaged in a verbal argument with her boyfriend, David McIntosh.  McIntosh proceeded to grab a machete and held it towards the victim while threatening to kill her.  McIntosh eventually put the machete down and left the room.  A computer inquiry revealed that McIntosh was in violation of a no unlawful contact order with the victim.  The victim was not injured as a result of this incident.

McIntosh was taken into custody in the area of the motel without incident.  He was transported back to Troop 2 where he was charged with the following:

McIntosh was arraigned before the Justice of the Peace Court and committed to the Howard R. Young Correctional Institution on $19100.00 secured bond.