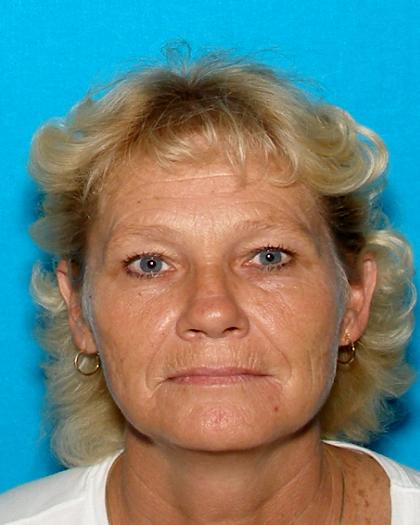 Camden- The Delaware State Police are continuing their search for Lois L. Rodriguez, 52, of Camden, DE who has been missing for over 7 years (photo from 2010).

Lois Rodriguez was reported missing to the Delaware State Police on May 31, 2012.  She was reported to have been last seen on this date at the Dover International Speedway. Lois finished working a shift during race weekend and never returned home.

Lois Rodriguez is described has 5’06” tall, 130 lbs., with blonde hair and blue eyes.  Lois’s last known address was in the Camden, DE area, however she was known to frequent the Eastern Shore of Maryland, specifically the Aberdeen area, and also had contacts in Pennsylvania.

Since Lois was reported missing, she has not attempted to contact family or friends and their concerns for her welfare continue to remain.

The investigation into this case continues to remain active and ongoing.  If anyone recognizes Lois Rodriguez or has information on her whereabouts, they are asked to please contact Troop 3, Major Crimes Unit, Detective Blomquist at (302) 698-8426.  Information may also be provided by calling Delaware crime stoppers at 1-800-TIP-3333 or via the internet at http://www.delaware.crimestoppersweb.com