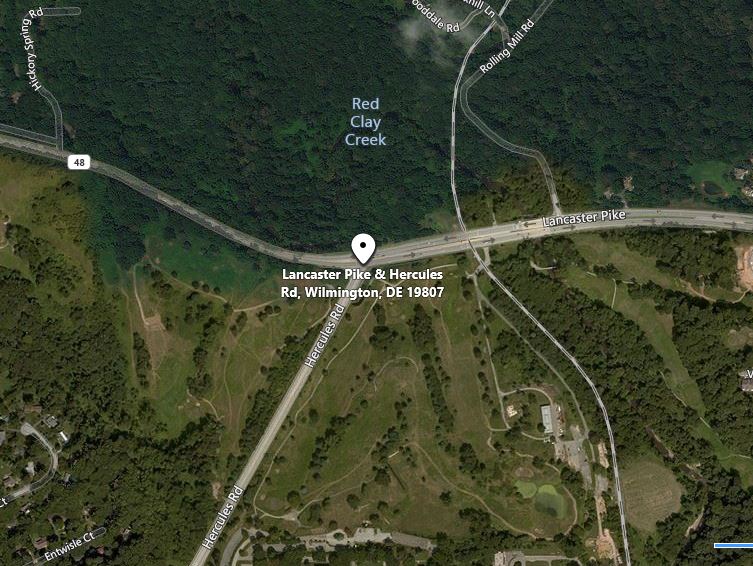 Wilmington – The Delaware State Police are continuing to investigate a motor vehicle crash that occurred at approximately 6:20 a.m., Thursday, December 5, 2019 on Lancaster Pike in the area of Hercules Rd.

The initial investigation has determined that a 2000 Dodge Dakota, operated by an 18 year old male from Wilmington was traveling eastbound on Lancaster Pike, east of Hercules Rd. A 2003 Toyota Tacoma, operated by a 19 year old male from Hockessin was also traveling eastbound on Lancaster Pike and for an undetermined reason both vehicles collided. After the initial impact both vehicles traveled off the right side of the road and struck a guardrail. After impacting the guardrail the Dodge came to rest partially over the guardrail facing north. The Toyota traveled completely over the guardrail where it came to rest.

The driver of the Dodge, who was not properly restrained, was ejected from his vehicle. He was transported to the Christiana Hospital by Delaware State Police helicopter, with serious injuries.

The driver of the Toyota, who was properly restrained, was transported to the Christiana Hospital also with serious injuries.

Impairment is not deemed as a contributing factor on behalf of either driver.

Lancaster Pike was closed for approximately 90 minutes while the scene was investigated and cleared.

The investigation is ongoing and anyone with information regarding the crash is asked to contact Trooper Ruszkay at Troop 1 by calling 302-761-6677.