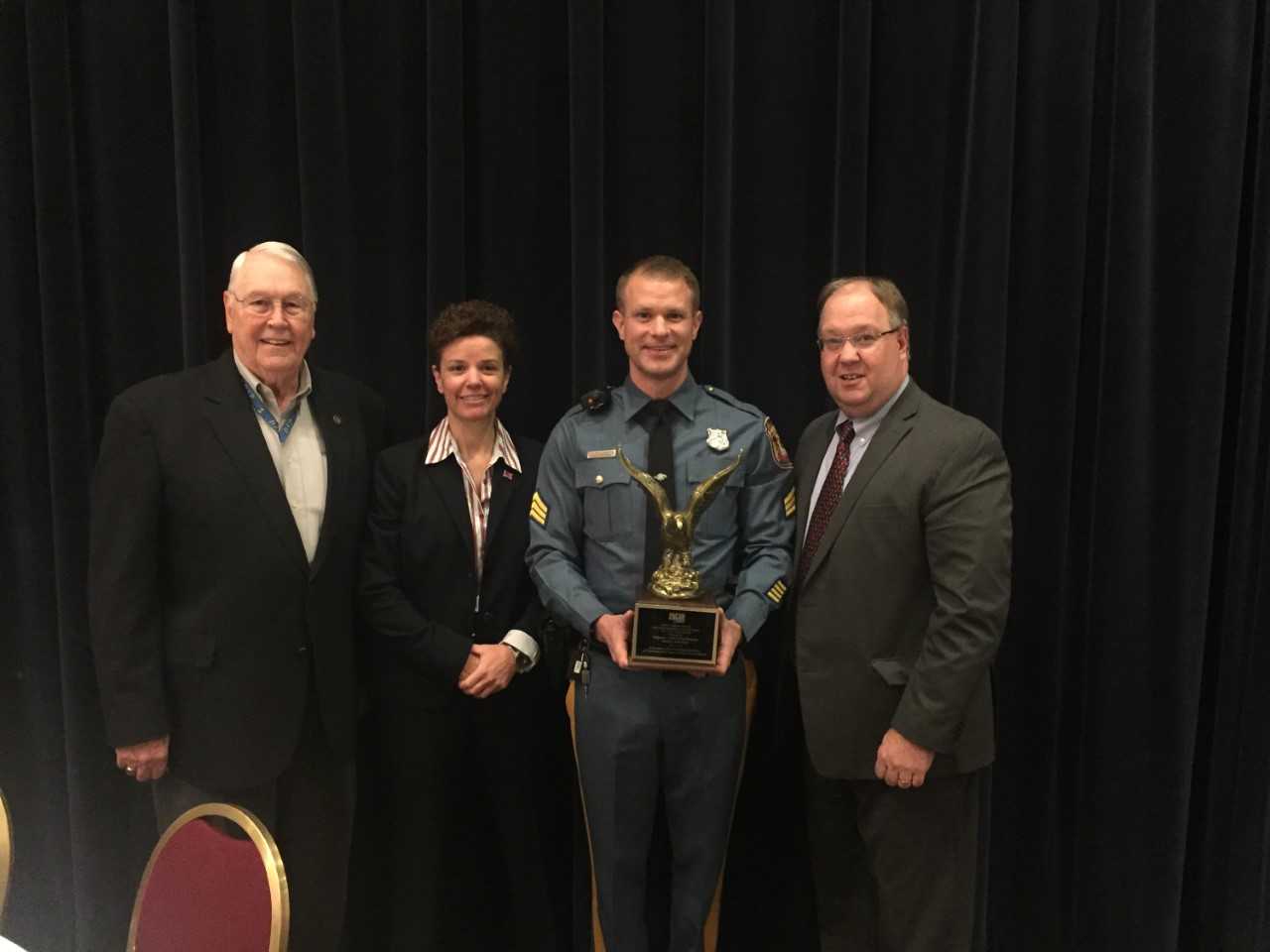 Sgt. Doherty was nominated and subsequently chosen as the award recipient based on his investigation into a robbery/sexual assault while assigned as a detective in the Troop Robbery Unit, which ultimately led to the arrest of a serial rapist.

In May of 2017, then Detective Doherty, began investigating a robbery that took place at a New Castle area 7-Eleven convenience store, in which the victim was sexually assaulted. During the course of the investigation Detective Doherty obtained information regarding a similar incident that took place in W. Goshen Township, PA where a suspect by the name of Kwesi Hudson was apprehended.

In addition to his own investigation, and due to collaborative intra-agency information sharing, Detective Doherty was also aware of a serial kidnapping investigation being conducted by the New Castle County Police Department. This investigation was in regards to three kidnapping incidents that occurred in February and March of 2017 and involved the suspect kidnapping the female victims from northern New Castle County apartment complex’s, sexually and physically assaulting them and then forcing them to withdraw money from ATM’s.

Based on unique similarities between all three agencies investigations, Detective Doherty passed on the information about Kwesi Hudson to the New Castle County detectives, which ultimately resulted in Hudson being charged for all three kidnapping incidents.

Detective Sgt. Andrew Lloyd of the Troop 2 Robbery Unit, who was Detective Doherty’s supervisor at the time of the investigation, included this statement in his award nomination letter:

“The rape and robbery of multiple women in New Castle County was a random, unique crime trend of exceptional nature, that does not occur on a regular basis. Detective Doherty, as described above, was relentless in his pursuit of justice for his 7-Eleven victim. During the course of law enforcement’s pursuit they were able to identify, implicate and ultimately bring to justice a serial rapist who greatly impacted the citizens of New Castle County during the winter of 2017”

Sgt. Doherty a 14 year veteran of the Delaware State Police, was a Detective with the rank of Corporal at the time of the investigation. He has since been promoted and now serves as a Patrol Supervisor assigned to Troop 2.