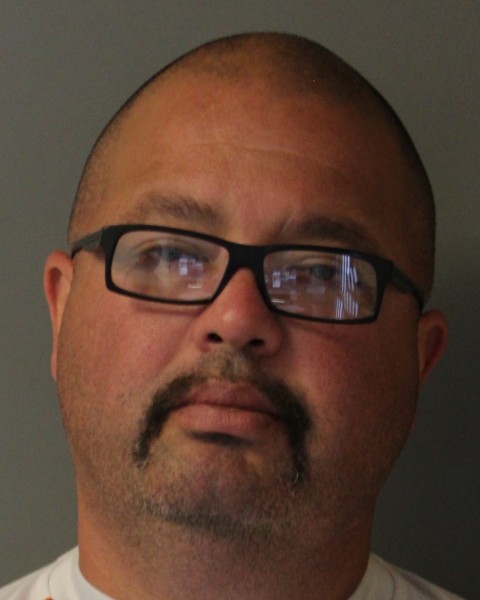 Millsboro – The Delaware State Police have arrested a Millsboro man following an investigation into an alleged sexual harassment complaint.

The investigation began on Sunday May 28, 2017 when a 25-year-old female victim contacted Troop 7 in Lewes to report a sexual harassment complaint that took place back in the beginning of the month on Tuesday May 2, 2017.  The victim advised she was working at Mid-Sussex Rescue Squad, located on Indian Mission Road, along with three other Emergency Medical Technicians (EMT) including Jerry A. Johnson, 46 of Millsboro.  While the four were in an office, a medical call came in and two of the EMTs left the office, leaving Johnson and the victim alone.  At that point, Johnson suggested the female victim lift her shirt up to show him her breasts.  The victim refused and Johnson continued to ask several more times, each time refusing his request.  Feeling uncomfortable, the female left the office and started to walk down a set of stairs to the Crew Room where Johnson followed her.  Once in the Crew Room, Johnson repeatedly asked her to show him her breasts and then grabbed her shirt and pulled it from her waistline, exposing her breasts, and then groped her.  The victim gained her composure and pushed Johnson away before walking away.

The victim made two complaints about the incident to the President of the station on May 23rd and May 28th, but received no response.

On Monday May 29, 2017, Jerry Johnson turned himself in to troopers at Troop 7 and was charged with Unlawful Sexual Contact 3rd and Sexual Harassment.  He was arraigned at JP3 and released on $600.00 unsecured bond.

Please contact Mid-Sussex Rescue Squad for any information regarding his employment.

If you or someone you know is a victim or witness of crime or have lost a loved one to a sudden death and are in need of assistance, the Delaware State Police Victim Services Unit/Delaware Victim Center is available to offer you support and resources 24 hours a day through a toll-free hotline