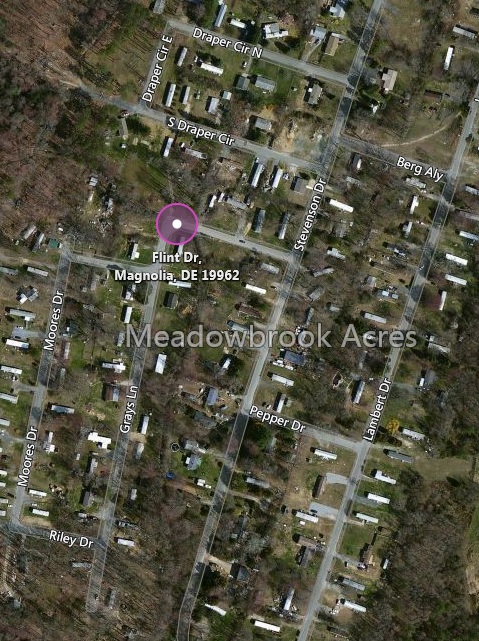 Magnolia- The Delaware State Police are investigating a home invasion that occurred early this morning in Magnolia.

The incident occurred around 12:20 a.m. this morning, Friday December 30, 2016 when two male suspects entered a residence located in the unit block of Flint Drive, Meadowbrook Acres. One of the suspects, who was armed with an unknown make and model rifle, woke a 33 year old male resident of the home and pointed the gun at him. Upon hearing the noise, a 27 year old female occupant of the home also awoke and attempted to flee the room. The suspect with the gun, however, ordered her back into the bed as he fired a single round from the gun into the floor of the home. The female victim then began to push at the gun at which time she was struck by the suspect. Both suspects then exited the home and were last seen fleeing the area in an unknown make and model white SUV. There were no injuries.

The suspect who was armed with the gun was described as a black male. He was approximately 6’02” tall, had a thin build, and was last seen wearing a gray hooded sweatshirt.

The second suspect was described as being 5’6″ tall with a heavy build.

There is no further physical or clothing description available.

If anyone has any information in reference to this incident they are asked to contact Det. Joshua Dear at 302-698-8540. Information may also be provided by calling Delaware Crime Stoppers at 1-800-TIP-3333, via the internet at www.delaware.crimestoppersweb.com, or by sending an anonymous tip by text to 274637 (CRIMES) using the keyword “DSP.”