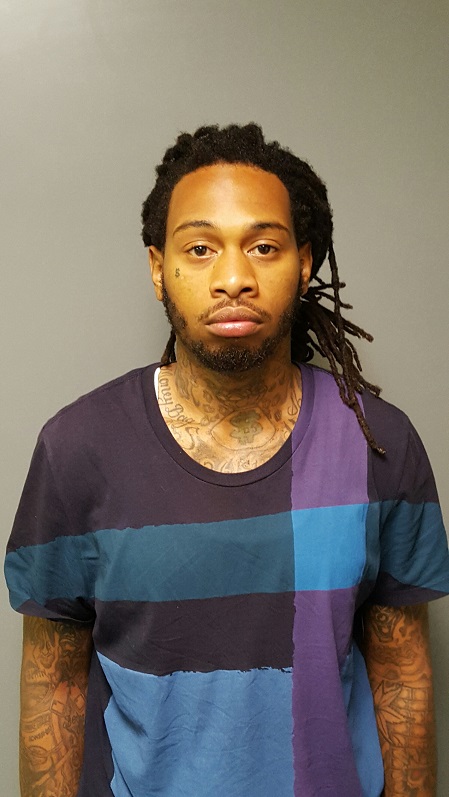 The preliminary investigation has determined the incident occurred today, June 5, 2016 at approximately 10:33 a.m., Troopers were dispatched to the Harpoon Hanna’s Restaurant, located at 39064 Harpoon Rd, Fenwick Island, De. for a possible fraud complaint.

An employee of the Harpoon Hanna’s Restaurant advised that a friend had made a post on social media about the suspect using counterfeit bills at another restaurant in Ocean City. This suspect matched the description and was later identified as Sidney V. Rogers III, 25 of Washington D.C., Rogers attempted to pay the check with seven counterfeit bills which totaled $155.00. Upon discovering the money was counterfeit; Rogers tried to give the employee an additional $160.00 of U.S. currency.

Sidney V. Rogers III was transported to Troop 4 in Georgetown and was charged with seven Felony counts of Forgery 1st degree; Possession of Counterfeit Bills and Theft by False Pretense. He was arraigned at Justice of the Peace Court 3 in Georgetown and committed to Sussex Correctional Institute in default of $36,000.00 cash bond. (mug shot attached)

If anyone has witnessed or may have any information in reference to this or similar incidents are asked to contact Cpl. T. Powell at 302-856-5850 of the Delaware State Police Troop 4 in Georgetown.  Information may also be provided by calling Delaware Crime Stoppers at 1-800-TIP-3333, via the internet at www.delaware.crimestoppersweb.com  or by sending an anonymous tip by text to 274637 (CRIMES) using the keyword “DSP.”

If anyone has witnessed or may have any information in reference to this or similar incidents in Ocean City, Maryland are asked to call Ocean City Police Department at 410-723-6610.