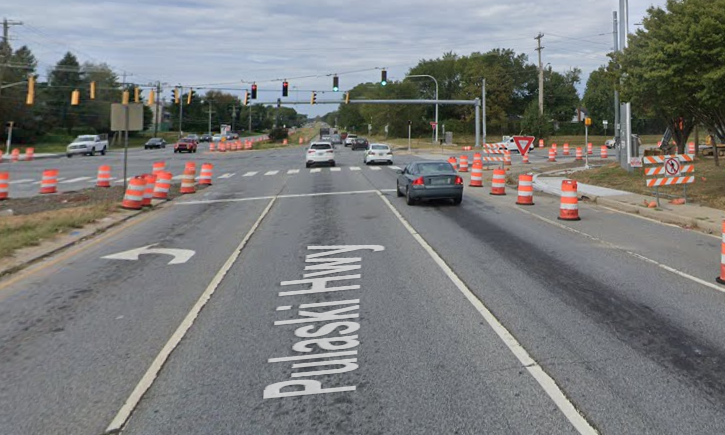 Delaware State Police are investigating a fatal motor vehicle collision that occurred in the Bear area on Monday afternoon.

The operator of Infiniti failed to come to a stop and its right front struck the left rear of the 2014 Honda Accord for the first impact.  This impact caused the Infiniti to rotate clockwise in a southwesterly direction until its rear driver’s side struck the driver’s side of the 2022 Honda Accord.  The Infiniti came to rest facing in a northerly direction in the grass median east of the intersection.  Also, during this time, the 2014 Honda rotated clockwise and struck the right rear of the Jeep.  This impact then pushed the Jeep into the rear of the Lexus.

The operator of the Infiniti, a 43-year-old male of Bear, DE, was also transported by ambulance to Christiana Hospital, where he was later pronounced deceased.  Identification of the victim is pending notification to the next-of-kin.

The operator of the Jeep did not sustain any injuries from the collision.

All lanes of westbound Route 40 between the entrance to the Fox Run Shopping Center and its intersection with Route 72 were closed for approximately 3 hours while the crash was investigated and cleared.

The Delaware State Police Troop 2 Collision Reconstruction Unit continues to investigate this collision. Troopers are asking anyone who witnessed this collision to please contact Master Corporal Breen by calling 302-365-8486. Information may also be provided by contacting Delaware Crime Stoppers at 1-800-TIP-3333, or via the internet at www.delawarecrimestoppers.com.