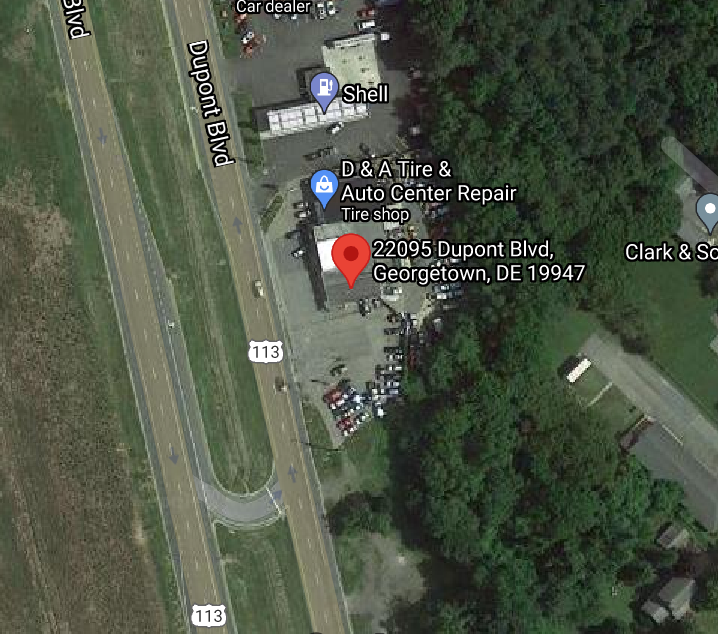 On January 22, 2022, at approximately 7:28 p.m., the Georgetown Police Department and Delaware State Police responded to the El Nopalito Restaurant, located at 22095 DuPont Blvd, Georgetown, Delaware for a report of two people shot at the business. Through the investigation it was learned that a group of Hispanic males had been asked to leave the restaurant earlier in the night due to their disorderly behavior and having a dispute with other patrons. Two of the males that were previously asked to leave returned to the business, both wearing masks. One of the suspects approached a 31-year-old male victim and removed a necklace from his neck. The victim lunged at the suspect that stole the necklace which caused the second suspect to remove a handgun from his waistband and shoot the victim. During the course of the suspects fleeing the restaurant, the second suspect fired a second round into the dining area which struck a 28-year-old male victim.

The 28-year-old male sustained a gunshot wound and was pronounced deceased at the scene. Identification of the victim is pending notification to the next of kin.

The 31-year-old victim was transported to an area hospital with a gunshot wound, where he succumbed to his injuries and was pronounced deceased. Identification of the victim is pending notification to the next of kin.

The suspects were described as two Hispanic males.

This case remains an active and ongoing investigation being conducted by the Delaware State Police Homicide Unit. Anyone with information regarding the incident is asked to contact Detective Grassi by calling 302-365-8441. Information may also be provided by calling Delaware Crime Stoppers at 1-800-TIP-3333 or via the internet at www.delawarecrimestoppers.com.

If you or someone you know is a victim or witness of crime or have lost a loved one to a sudden death and are in need of assistance, the Delaware State Police Victim Services Unit/Delaware Victim Center is available to offer you support and resources 24 hours a day through a toll free hotline 1800 VICTIM-1. (1-800-842-8461). You may also email the Victim Services Unit at DSP_VictimServicesMail@delaware.gov.