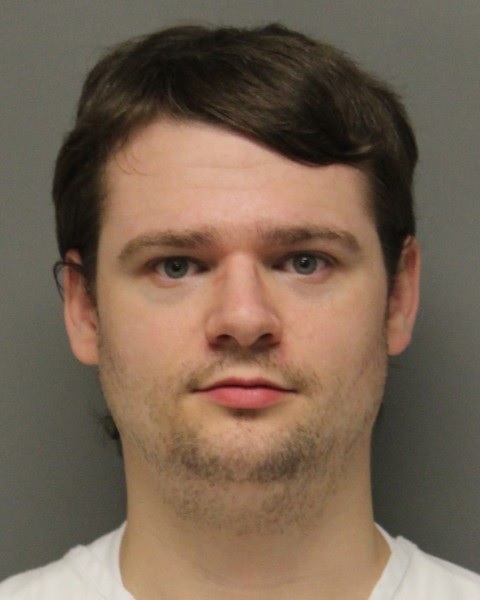 Hartly – The Delaware State Police have arrested a Dover area man after he stole a citizens vehicle and then a police vehicle.

The incident began at 7:11 a.m. this morning, Friday November 19, 2021 when a female victim called 9-1-1 to report her 2016 Chevrolet Traverse had just been stolen from her driveway on Judith Road. As troopers were responding the residence, a Clayton Police Officer spotted the vehicle around 7:34 a.m. traveling westbound on Wheatleys Pond Road (SR 300) entering into the Town of Kenton. As the Clayton Officer activated the emergency equipment on the police vehicle, the Chevrolet Traverse drove off the side of the road and into a field where the male operator, who was later identified as Cary T. Green, 34 of Dover, exited the vehicle and began running. A foot pursuit ensued and the Clayton Officer deployed his taser which temporarily stopped Green from fleeing, but he continued to fight with the Clayton Officer until a Kenton Police Officer arrived to assist with handcuffing Green and take him into custody.

Once Green was placed in the rear of the Kenton Police Officer’s patrol vehicle, the Kenton Officer began rendering first aid to the Clayton Officer who sustained a head injury. As the two were standing next to the Clayton Police Officer’s vehicle, Green, who was still handcuffed, was able to bring his hands from behind his back to the front and unknowingly climbed over the front seat. Once in the driver’s seat, Green fled the area in the Kenton Police Department vehicle. Troopers began converging on the area and at approximately 8:08 a.m. a citizen reported a male subject with handcuffs walking in the area of the 200 block of Seeneytown Road. Troopers located Green and took him into custody without further incident. The Kenton Police Department vehicle was located abandoned behind a residence in the 500 block of Seeneytown Road with all the officer’s equipment, including his departmentally issued shotgun still in the vehicle.

Cary Green was transported back to Troop 3 in Camden where he was charged with the following:

During the course of this investigation, it was determined that Green was also involved in a robbery that occurred at the Hartly Royal Farms on Thursday November 18, 2021. This incident occurred around 7:07 a.m. when Green is alleged to have entered the store, located at 6538 Halltown Road, and demand money from the register while proclaiming he had a gun. The clerk complied with the demand and turned over an undisclosed amount of cash before Green fled the store and ran into the wood line south of the store.

He was charge with:

He was arraigned at JP7 and remanded to the Delaware Department of Correction in lieu of $26,000.00 cash bond.