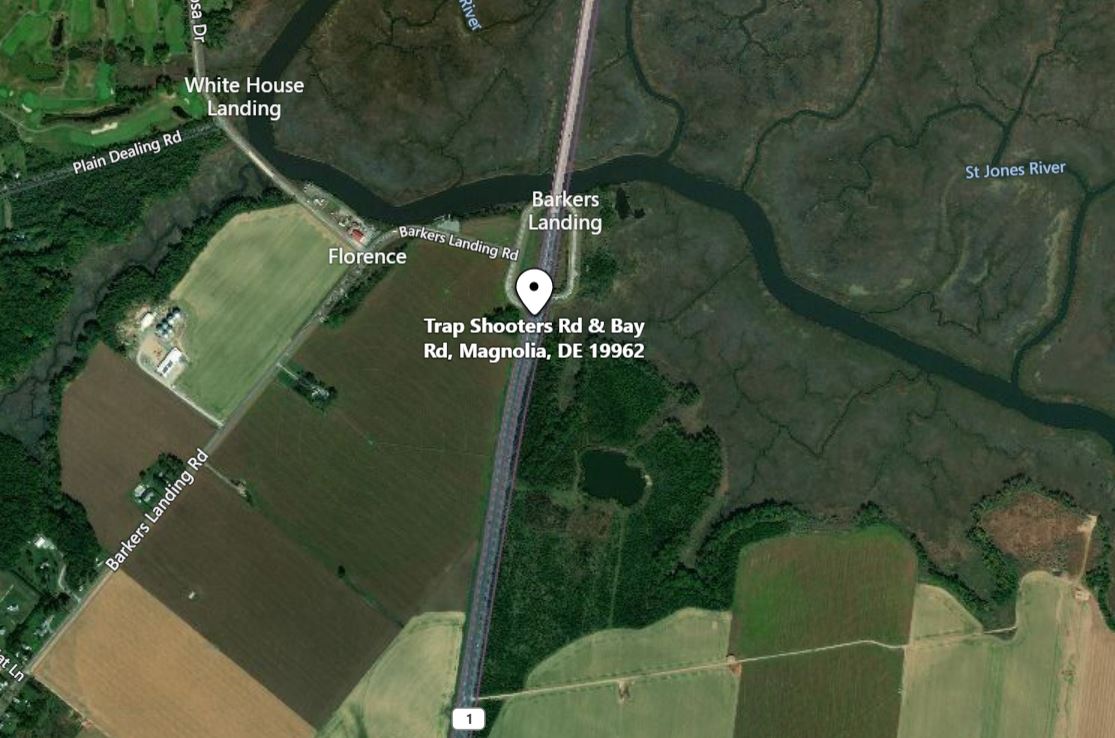 The collision occurred around 8:39 p.m. Saturday July 10, 2021 as a 2005 Chrysler Sebring being operated by a 24-year-old female from Millsboro was traveling southbound on Bay Road (SR1) just south of Trap Shooters Road in the left lane. An unknown passenger vehicle was traveling southbound just in front of the Sebring in the right lane. That passenger vehicle briefly crossed the center line into the left lane before crossing back over into the right travel lane.  This action caused the 24-year-old female operator to veer to the left and exit the east side of the roadway before steering back to the right and reentering the left travel lane.  The Sebring operator overcorrected to the left and again exited the east side of the roadway where it entered the grass median that separates SR1 northbound and southbound lanes.  The Sebring continued in a southeasterly direction as it rotated in a counterclockwise direction and entered the left travel lane of SR1 northbound.  The Sebring then struck the front left side of a 2014 BWM SW being operated by a 26-year-old Waldorf, MD man.

After the impact, the Sebring was forced backwards in a westerly direction wear it came to an uncontrolled stop in the grass median. The BMW traveled in a northeasterly direction as it rotated in a counterclockwise direction and exited the east side of the roadway where it overturned onto the roof and came to a stop in the tree line.

The non-contact passenger vehicle continued southbound on Bay Road.  No description of the vehicle was given.

During the rollover of the BMW, a 6-year-old female from Waldorf, MD was ejected from the vehicle. She was transported by EMS to Bayhealth Kent General where she was later pronounced dead.

The 24-year-old female operator of the Sebring was properly restrained and was airlifted from the scene by State Police Aviation (Trooper 2) to Christiana Medical Center (CMC) where she was admitted for undetermined injuries.

The 26-year-old male operator of the BMW was properly restrained and was airlifted from the scene by State Police Aviation (Trooper 4) to CMC where he was admitted with undetermined injuries.

There were four other passengers in the BMW (excluding the 6-year-old) all from Waldorf, MD. Two 30-year-old females were taken to Bayhealth Kent General (KGH) and admitted with undetermined injuries. A 12-year-old male was transported to KGH where he was treated and released with non-life-threatening injuries. An 11-month-old female was transported to A.I. duPont where she was admitted with undetermined injuries.

State Route 1 northbound traffic was closed for approximately five hours while the collision was investigated and cleared.

The crash remains under investigation by the Delaware State Police Troop 3 Collision Reconstruction Unit. Anyone with information regarding this incident should contact Master Corporal W. Booth by calling 302-698-8451. Information may also be provided by calling Delaware Crime Stoppers at 1-800-TIP-3333 or via the internet at http://www.delaware.crimestoppersweb.com.