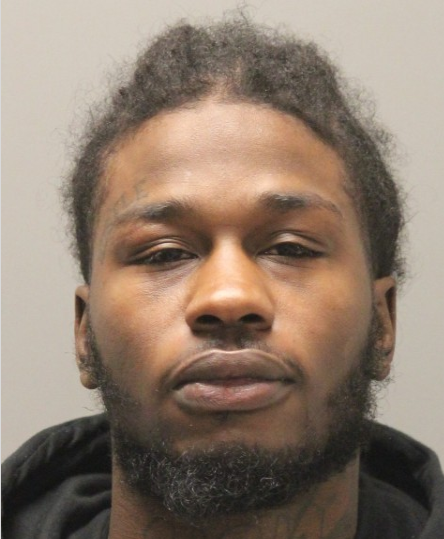 On February 20, 2021, at approximately 9:35 p.m., Delaware State Police conducted a traffic stop on a red Subaru sedan in the area of Pulaski Highway and School Bell Road for a registration violation. As contact was made with the occupants, a strong odor of marijuana was detected inside the vehicle. Troopers contacted the 24-year-old male operator of Wilmington and front-seat passenger, later identified as Jahmere Irvin. A criminal investigation ensued. When the driver was questioned if there was any marijuana inside the vehicle, Irvin produced a plastic bag with approximately 59.98 grams of marijuana to the trooper. Irvin was removed from the vehicle, and located on his person was a Jimenez Arms Inc 9mm handgun with a magazine containing nine live 9mm rounds with one in the weapon’s chamber. Also, on his person was approximately 31.16 grams of marijuana.

A probable cause search was conducted on the Subaru, and the following was located inside:

Irvin was taken into custody without incident and charged with the following crimes:

He was arraigned in the Justice of the Peace Court #11 and committed to Howard R. Young Correctional Institution on a $31,500.00 cash bond.

The 24-year-old male operator was issued the following traffic citations and released: