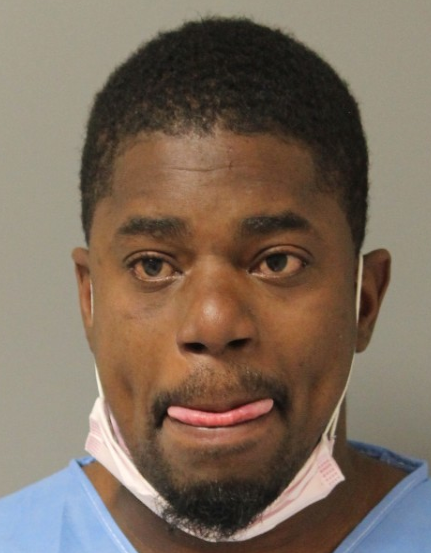 Frankford- Delaware State Police arrested 37-year-old Dorian U. Armstrong of Frankford on felony Driving Under the Influence after stealing a motor vehicle and crashing it twice on Sunday evening.

On January 24, 2021, at approximately 6:44 p.m., troopers were dispatched to a residence on Hickory Manor Road, Frankford, in reference to a stolen Chevrolet Silverado 2500 that just occurred. Prior to troopers responding to the scene, the stolen Silverado was reportedly involved in a collision at Roxana Road and Atlantic Avenue and fled west on Atlantic Avenue. The truck was then reportedly involved in a second single-vehicle collision on Shockley Town Road in the area of Peppers Road before the driver fled the scene on foot. As a trooper was driving on Omar Road, the stolen vehicle operator, Dorian U. Armstrong, was observed walking on the roadway. As the trooper attempted to make contact with Armstrong, he fled the area on foot. After a short foot pursuit, the trooper took Armstrong into custody without further incident. A strong odor of alcoholic beverages was detected emanating from Armstrong, and he was transported to an area hospital to be medically cleared from the collisions.

Through the investigation, troopers discovered that Armstrong is an acquaintance of the vehicle’s owner and was observed in the area when the Silverado was stolen. The owner started the Silverado to warm it up and went inside the residence when he heard what sounded like his truck’s loud exhaust. When he went outside, he discovered his truck was stolen, and Armstrong was confirmed to no longer be in the area.

Once released from the hospital, Armstrong was transported to Ocean View Police station, where he was charged with the following crimes:

Armstrong was arraigned in the Justice of the Peace Court #3 and committed to Sussex Correctional Institution on an $8,609 cash bond.