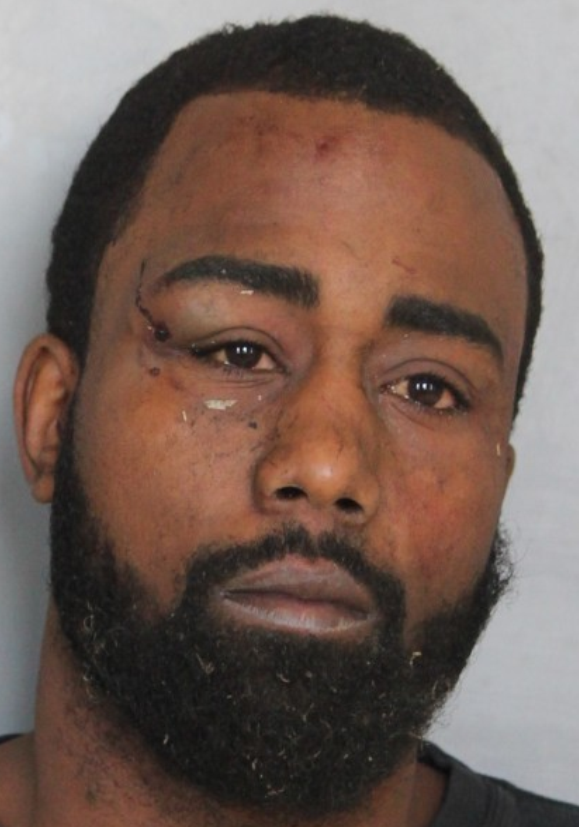 Wilmington- The Delaware State Police have charged 31-year-old Nigel Thomas of Philadelphia, PA, with Aggravated Menacing and weapons charges after he pointed a gun at victim early this morning.

The incident occurred on January 10, 2021, at approximately 1:51 a.m., when troopers responded to Haks sports bar located at 1050 S. Market St., Wilmington, DE, in reference to two disorderly subjects, one with a gun. Upon troopers arrival, the suspects were observed in the parking lot. Troopers gave commands to get on the ground, but one of the suspects fled on foot. As the suspect ran, he pointed a handgun at a trooper giving chase, but dropped the weapon before fled into heavy brush off the Market Street Bridge. Delaware State Police Aviation, local municipal agencies, and troopers canvassed the area. Delaware State Police Aviation located the suspect running through a nearby junk yard. A New Castle County Police K-9 officer deployed his canine and apprehended the suspect identified as Nigel Thomas. Thomas was transported to an area hospital where he was treated and released.

Troopers recovered the discarded Ruger 9mm handgun loaded with seven rounds of ammunition in a grassy area near Market Street.

Further investigation determined the suspects were asked to leave the sports bar due to the business closing. Thomas began arguing with an employee and displayed a handgun at the victim. Thomas made threats to kill the victim prior to exiting the business. The victims were not injured during the incident.

The second suspect, identified as Matthew Battle did not flee upon contact, and was taken into custody at the scene. Battle was transported back to Troop 1, where he was later released with a criminal summons for Offensive Touching.

Thomas was transported back to Troop 1 where he was charged with the following:

Thomas was arraigned before the Justice of the Peace Court #11 and committed to the Howard R. Young Correctional Institution on 36,050 cash bond.