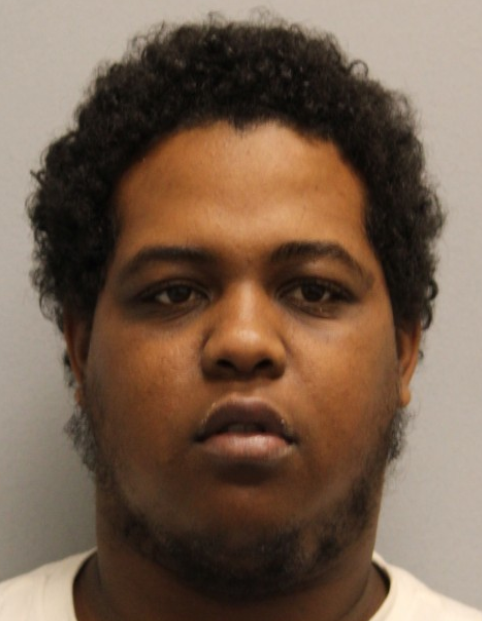 Millsboro- Delaware State Police arrested 25-year-old Rahman K. Miller of Millsboro on criminal and traffic charges after attempting to flee from troopers and crashing into a police car.

On December 2, 2020, at approximately 12:29 p.m., Delaware State Police attempted to make contact and arrest Rahman Miller at the BP Station located at 32369 Long Neck Road, Millsboro, for an active warrant out of Sussex County Superior Court. As troopers observed Miller exit the store and return to his vehicle at the gas pumps, a Delaware State Police divisional vehicle activated its emergency lights and pulled in front of Miller’s car. As the trooper identified himself to Miller, he was given verbal commands not to move or return to his vehicle. He failed to comply and entered his car. At the same time, another Delaware State Police divisional police car pulled behind Miller’s vehicle. At that time, Miller put his vehicle in reverse, accelerated, and struck the police car causing extensive damage. Miller continued to attempt to flee in his vehicle as other troopers arrived on the scene. As troopers attempted to make contact with Miller, he continued to ignore commands to exit his vehicle. Troopers were eventually able to open Miller’s door, and after a struggle, they were able to remove him from the driver seat. Miller continued to struggle and not comply with commands to place his hands behind his back but was eventually taken into custody. Miller did not appear to have any visible injuries and refused medical attention. The troopers injured during the crash were transported to a nearby hospital and treated for minor injuries, and released.

During a search incident to arrest, the following items were located on Miller’s person:

A search of the vehicle resulted in the following items being located:

Miller was transported to Troop 7, where he was charged with the following crimes:

Miller was arraigned in the Justice of the Peace Court #2 and committed to Sussex Correctional Institution on a $10,200.00 secured bond.