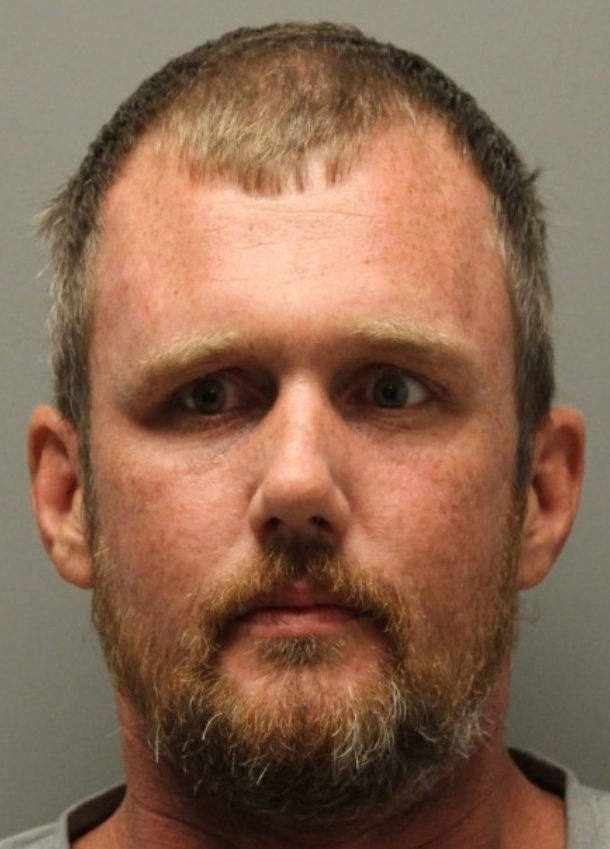 On October 21, 2020, at approximately 10:35 a.m., a trooper observed an orange motorcycle traveling eastbound Route 40 which matched the description of the suspect vehicle involved in the theft of vehicle parts. The trooper observed the operator of the motorcycle commit numerous traffic violations while he was driving through parking lots looking for potential vehicles. The suspect circled his motorcycle around a white work van parked in the Peoples Plaza shopping center and then stopped next to it. The suspect noticed a Delaware State Police patrol car and immediately exited the parking lot onto Glasgow Ave on his motorcycle. The Trooper initiated a traffic stop on Route 896 southbound, but the operator failed to stop and fled. The suspect committed numerous traffic violations while fleeing. The suspect turned onto Choptank Road and attempted to navigate a traffic circle at Bethel Church Road. The suspect was unable to control his motorcycle and was ejected. After falling from his motorcycle the suspect continued to resist arrest. After a brief struggle, the suspect, identified as Edward Carlson was taken into custody.

Carlson was not injured as a result of the incident and refused medical attention. Upon contact, Troopers discovered a reciprocating saw in the backpack of the suspect.

Through further investigation, Troopers were able to connect Carlson to the theft of catalytic converters from previous incidents.

Carlson was transported to Troop 2 where he was charged with the following crimes:

Carlson was arraigned in Justice of the Peace Court #11 and released on his own recognizance.