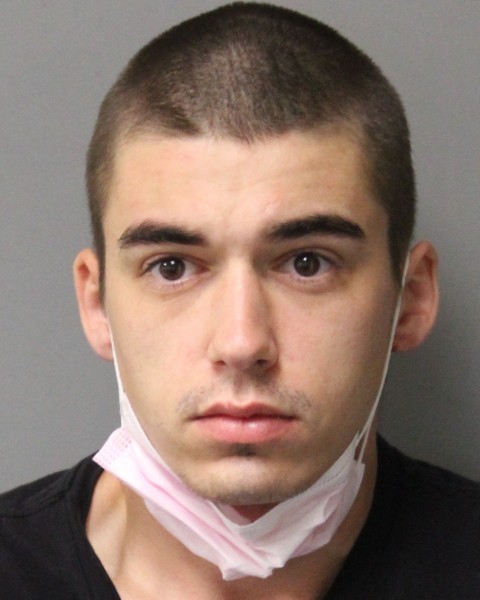 Georgetown- The Delaware State Police arrested three subjects for disorderly conduct and related charges, including 23-year-old KENNETH B. LEITCH of Rhodesdale, MD after he resisted arrest at the Georgetown DMV.

The incident occurred on June 16, 2020, at approximately 2:50 p.m., at the Georgetown Department of Motor Vehicles, located at 23737 Dupont Blvd.  A Trooper was advised by an employee at the DMV that a subject at her counter, Kenneth Leitch had an active capias. A computer inquiry confirmed that Leitch had an active capias out of the New Castle County Court of Common Pleas.

The Trooper approached Leitch and advised him of the capias.  As the Trooper attempted to place Leitch in handcuffs, Leitch resisted arrested and slapped the Trooper’s hands.  During this time, Leitch’s girlfriend was with him when she became disorderly and intervened to prevent the arrest of Leitch.   In the meantime, Leitch’s mother enters the DMV and she too becomes disorderly and attempted to prevent  the arrest of her son.  During the struggle with Leitch, the Trooper’s uniform sustained damage, however the Trooper did not sustain injury.

Leitch was subsequently taken into custody and transported back to Troop 4 where he was charged with the following:

Leitch was arraigned before the Justice of the Peace Court and committed to the Sussex Correctional Institution on $2500.00 secured bond.

Leitch’s 21-year-old girlfriend from Harrington, DE and his 48-year-old mother from Baltimore, MD were charged with the following misdemeanor offenses:

Both were arraigned before the Justice of the Peace Court and released on $2500.00 unsecured bond.