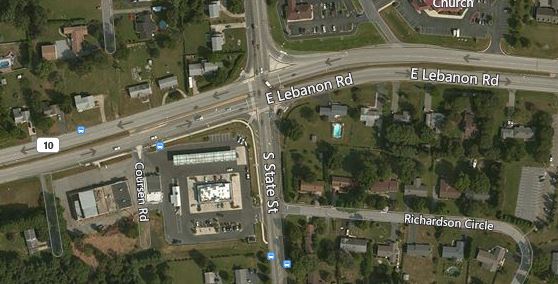 Dover – The Delaware State Police are investigating a stabbing that occurred early this morning on S. State St. in Dover.

The initial investigation has determined that at approximately 1:42 a.m., Saturday, March 21, 2020 a 35 year old Dover man was walking along S. State St. in the area of Lebanon Rd., after leaving the Royal Farms. As he was walking he was approached by a male subject, that he did not, who began yelling at him. The suspect then proceeded to stab the victim in the upper torso with an unknown object. After the assault the suspect fled on foot. The victim was treated at Bayhealth Kent Campus for a single stab wound to his upper torso.

The suspect was described as a black male, wearing a dark shirt, light colored pants and a dark colored hat.

No surveillance images are available at this time.

The investigation is ongoing and anyone with information is asked to contact Trooper M. Keane at Troop 3 by calling 302-697-4454.