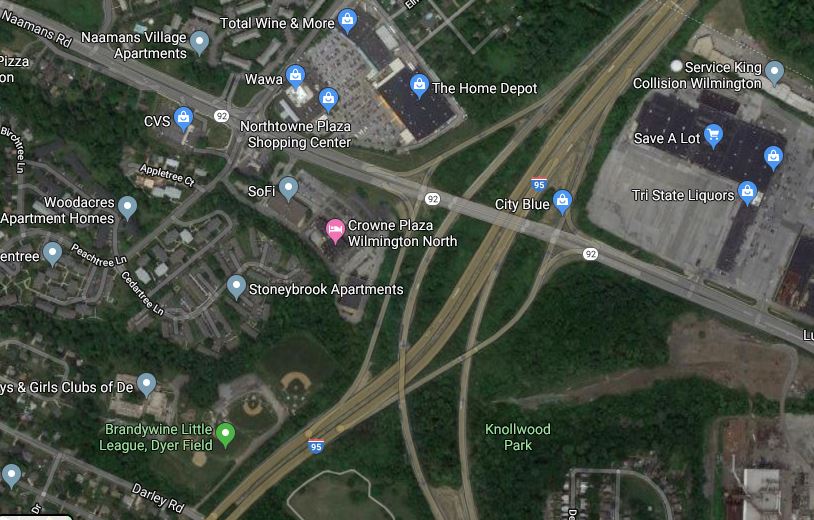 The incident occurred at approximately 1:52 a.m., Saturday, December 21, 2019, on I-95 southbound southwest of Naamans Road, east of Ardentown, Delaware. A 2016 Chevrolet Trax, operated by a 36-year-old male of Bear, was traveling southbound on I-95 in the left lane south of Naamans Road.  A female pedestrian was in the right through lane and attempted to move towards the median as the vehicle approached her location on I-95. The vehicle was unable to avoid the collision and struck the pedestrian with the front bumper.  The vehicle continued to travel and struck the guardrail on the east edge of the road before coming to a stop just south of the pedestrian. It is undetermined at this time why the pedestrian was on I-95.

The pedestrian was pronounced deceased at the scene. She was not wearing any reflective clothing or carrying a flashlight at the time of the collision and was wearing dark clothing. The pedestrian has not been identified at this time and impairment is unknown.

The operator of the Trax was properly restrained and did not sustain any injuries. Impairment on his behalf was not a factor in the crash.

I-95 Southbound in the area of the collision was closed for approximately three hours while the scene was investigated and cleared.

Presented by the Director of Public Information, Sergeant Richard Bratz