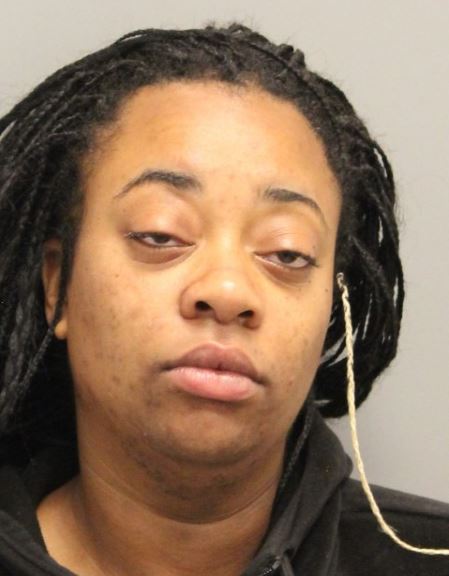 Felton – The Delaware State Police have arrested a Felton woman for an assault on a Law Enforcement Officer, Resisting Arrest and other related charges.

The incident occurred at approximately 11:45 p.m., on Wednesday, November 6, 2019. Troopers responded to a residence in the 600 block of Plymouth Rd. for a reported assault. Upon arrival, Troopers contacted the 43 year old victim who advised the suspect, Erica Davis, entered the residence and confronted her.  Davis, who was angry for unknown reasons, grabbed a kitchen knife and threatened to stab the victim.  A witness at the residence was able to disarm Davis but she proceeded to assault the victim, causing minor injury.  Davis then exited the residence and damaged the victim’s vehicle before fleeing the area.

As Troopers were on scene conducting the investigation in to the assault, Davis returned to the residence and began approaching the victim in an aggressive manner. Davis ignored verbal commands given by Troopers and when being taken into custody, Davis resisted arrest and injured a Trooper.  Once in custody, Davis threatened to spit on a Trooper and proceeded to kick him as she was placed in the police car.  No medical attention was required for the victim or Troopers involved.

Davis was transported to Troop 3 where she was processed and charged with the following:

Davis was committed to the Sussex Correctional Institute in default of $19,300 cash bond.