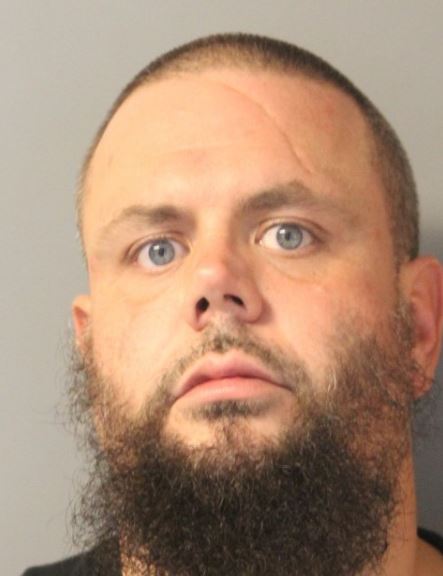 The incident began at approximately 8:00 a.m., Saturday, September 7, 2019 when Troopers responded to the Red Mill Inn, located at 16218 Coastal Hwy., Lewes for a physical domestic. Upon arrival they made contact with a female victim who advised that she had been physically assaulted by Rossi. After the altercation Rossi reportedly fled in a silver Chevrolet Suburban with Delaware tags.

A short time later an officer from the Milton Police Department located the vehicle on Front St. in Milton and attempted to perform a traffic stop, however Rossi refused to stop and a pursuit ensued.

During the pursuit, which proceeded through Georgetown and Ellendale, Rossi drove directly at responding officer’s vehicles on multiple occasions, causing a substantial risk of harm. Troopers were able to deploy Stop Sticks which disabled Rossi’s vehicle and it ultimately came to a stop on Maple Branch Rd. in Ellendale. After a brief struggle, during which a Trooper sustained minor injuries, Rossi was taken into custody. Upon being taken into custody marijuana was located on Rossi’s person as well as in the vehicle.

Further investigation resulted in the search of a second vehicle possessed by Rossi, which produced a box containing 31 rounds of Federal 380 ammunition, for which he is prohibited to possess.

Rossi was transported to Troop 4 where he was charged with the following criminal offenses along multiple traffic charges related to the pursuit:

He was also charged with the following offenses related to the domestic assault:

Rossi was arraigned in Justice of the Peace Court #3 and then committed to the Sussex Correctional Institution on $205,605.00 cash bail.