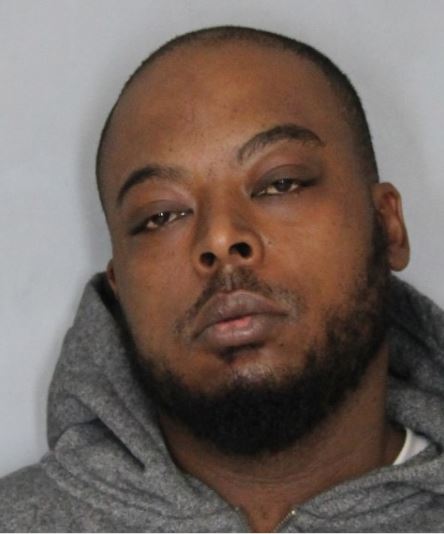 Beginning in early April 2019, GTF detectives obtained information identifying Muhammad, as a subject who was allegedly engaging in drug dealing. On April 10, 2019 at approximately 12:30 a.m., detectives conducted a search of a room at the Red Roof Inn, located at 415 Stanton-Christiana Rd., in Newark, which was occupied by Muhammad. The search resulted in the recovery of approximately 11.25 grams of cocaine, 7.55 grams of marijuana, 0.91 grams of heroin, $3,164.00 in suspected drug proceeds and assorted drug paraphernalia.

In the days after Muhammad’s release detectives obtained further information indicating that he was still engaging in illegal drug sales. On Thursday, May 2, 2019 at approximately 2:00 a.m., detectives performed a traffic stop on a vehicle which Muhammad was operating, at the Delaware House Service Plaza, located at 530 JFK Memorial Highway (I-95), in Newark. A search of the vehicle resulted in the recovery of 0.35 grams of cocaine, 3.26 grams of methamphetamine and $1,865.00 in suspected drug proceeds. Muhammad was taken in to custody without incident and transported to Troop 2 for further investigation.

As the investigation proceeded, detective’s came in to contact with two adult females who were identified as having an association with Muhammad. Further investigation confirmed that the two female subjects were victims of human trafficking and had been forced to work as prostitutes at motels throughout New Castle County, turning over all their profits to Muhammad, in exchange for drugs, food and basic necessities. If they refused to turn over their money Muhammad would physically assault them.

In addition to the drug charges Muhammad was also charged with 4 counts each of Trafficking an Individual and Human Trafficking (Sexual Servitude). He was arraigned in Justice of the Peace Court #11 and committed to the Howard R. Young Correctional Institution in lieu of $411,000.00 secured bail.

Anyone with further information regarding Muhammad or suspected human trafficking activities are asked to contact Detective A. Lloyd of the Troop 2 Major Crimes Unit by calling 302-365-8411. Information may also be provided by calling Delaware crime stoppers at 1-800-TIP-3333 or via the internet at http://www.delaware.crimestoppersweb.com

If you or someone you know is a victim of human trafficking and are in need of assistance, you can also contact “The Polaris Project” at polarisproject.org, or by calling the National Human Trafficking Hotline at 1-888-373-7888.

The Delaware State Police Victim Services Unit/Delaware Victim Center is also available to offer you support and resources 24 hours a day through a toll free hotline 1-800 VICTIM-1. (1800 842-8461).  You may also email the unit Director at debra.reed@state.de.us.