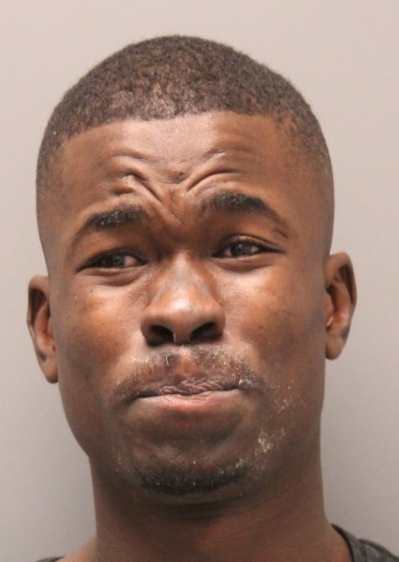 On January 10, 2022, at approximately 11:46 a.m., troopers were dispatched to a shooting in the Walmart parking lot located at 117 Wilton Blvd. New Castle. Upon arrival troopers observed a gray 2019 Dodge Caravan in the parking lot with front end damage as well as multiple bullet holes to the front windshield. Investigation determined a 29-year-old victim of Bear, DE, was sitting inside of his vehicle when an unknown subject approached the driver’s side door and asked for money. When the victim advised the suspect that he didn’t have any, the suspect displayed a handgun and began firing rounds. The victim was struck multiple times and was transported by ambulance to an area hospital for injuries to the head and neck.

Through investigative means, troopers identified the suspect as Ezekiel Tamba. Later that evening on January 10, 2022, Tamba responded to Troop 2, where he was questioned by detectives. Upon detectives taking Tamba into custody, he resisted and a brief struggle ensued. Subsequently, Tamba was then charged with the following crimes:

Tamba was arraigned in the Justice of the Peace Court #11 and committed to Howard R. Young Correctional Institution on a $330,000.00 cash bond.

If you or someone you know is a victim or witness of crime or have lost a loved one to a sudden death and are in need of assistance, the Delaware State Police Victim Services Unit/Delaware Victim Center is available to offer you support and resources 24 hours a day through a toll-free hotline 1800 VICTIM-1. (1-800-842-8461). You may also email the Victim Services Unit at DSP_VictimServicesMail@delaware.gov.